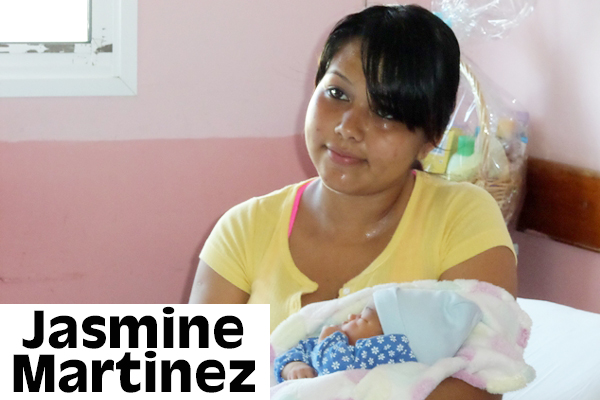 More than 50% of babies born by C-section

The first three babies born at the Karl Heusner Memorial Hospital for the year 2014 are all girls!

Jasmine Martinez, 20, of Scotland Half Moon Village, Belize District, delivered the first girl at 6:20 a.m. She weighed in at 6lbs 7oz.

She was followed shortly after by Christina Montejo, 16, of Belize City, who brought her 6lb pink bundle into the world at 10:00 a.m.

“The births of these babies reflect the positivity of life… and hope for the New Year,” said KHMH CEO Dr. Francis Longsworth, at a short ceremony honoring the new mothers this morning.

All told, the Karl Heusner Memorial Hospital saw a total of 1,789 births for the past year 2013. From January to November, 813 of those were via C-Section and 798 as normal deliveries.

The number of births for December alone was 178.