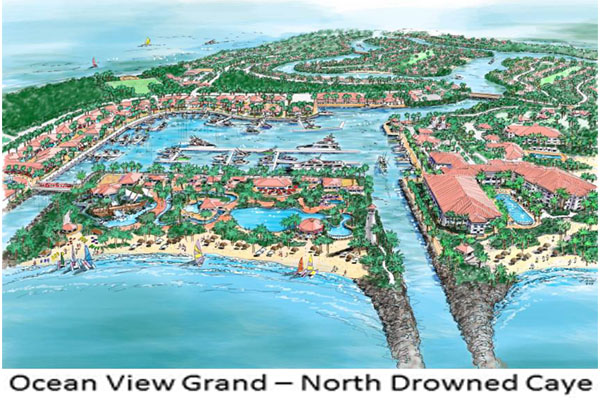 BELIZE CITY, Wed. Apr. 29, 2015–Under an agreement due to expire in 2028, the Fort Street Tourism Village (FSTV) has been designated as the exclusive port of entry for cruise ship passengers for the Belize District. The contract will thus remain in effect for thirteen more years, and although Prime Minister Dean Barrow says that there are questions as to the legality of the agreement, the Government of Belize is committed to working with the parties to help break the logjam, in the interest of seeing a new state-of-the art docking facility and cruise port, to be owned and operated by Mike Feinstein, a former partner in FSTV, come to fruition.

Barrow said that Feinstein already has financing for the US$100 million port at Stake Bank from a consortium of domestic lenders.

On Tuesday, Barrow met in Miami with Carnival Cruise Lines, which was also granted a subsequent concession for a cruise port at the Port of Belize in Belize City, in breach of the Government’s prior exclusive arrangement with FSTV – a breach for which the Government in 2004 entered into an agreement with FSTV to compensate them for lost revenues from head tax earnings.

When Cabinet endorsed the Feinstein project in 2007, the principals of the Carnival port threatened to sue the Government for damages. The matter has been in stalemate, with litigation on multiple fronts. Barrow said that he will fly up to Miami again next week, if necessary, to bring a speedy end to the impasse.

Barrow also mentioned that he had told the FSTV principals last week (before he went to Miami) that their thought that they could build the cruise port at Stake Bank is “not going to fly”.

Feinstein has said that he won’t sell his island and he would only partner with them if they are minority shareholders.

Barrow noted, though, that the FSTV model would require a government guarantee of US$80-odd million – which the Government is not prepared to give.

Barrow said that so far it has proven impossible to get the parties to come to agreement, but he has not stopped trying yet.

“It may well prove to be a bridge too far or a docking birth too far… As things now stand, it would appear that if we say to FSTV, ‘You can’t work it out with Mr. Feinstein, we are going to bring into force the law that we had already passed, which greenlights Mr. Feinstein,’ and Mr. Tersek and his people say, ‘Well, you do that we’re going to sue you for damages,’ that’s a decision the Government will make,” Barrow said.

He added that if indeed some form of financial payout could cause the construction of the cruise facility to proceed without litigation, it is something the Government would have to look at, but the decision of the Government will depend on how much money FSTV wants, as well as what Cabinet and other parties have to say about whether it would be worth it for the Government to pay the proposed price of settlement to get the project to proceed.

He promised to report back on the progress of the negotiations.