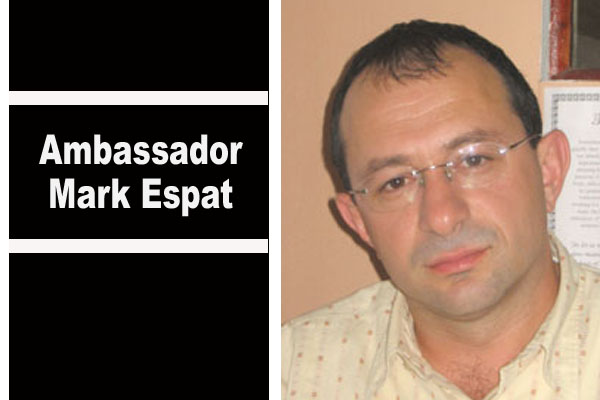 Prime Minister Hon. Dean Barrow held a press conference today, Wednesday, where he officially announced that the Government of Belize has completed the debt restructuring process.

At least 75 percent of the bondholders had to accept the terms of the new bond offering in order to trigger a collective action clause. The offer has resulted in 86.17 percent of bondholders tendering their bonds due in 2029, in exchange for new bonds due in 2038, reported a pleased Prime Minister.

The PM said that the fact that this happened is testament to how successful the Debt Restructuring Team had been during the restructuring process. The team was lead by Ambassador Mark Espat and the members were Minister of Labor, Local Government, Rural Development and National Emergency Management Hon. Godwin Hulse, Financial Secretary Joseph Waight, Governor of Central Bank of Belize Glenford Ysaguirre, Senior Advisor to the Ministry of Finance Allan Slusher, Deputy Advisor to the Ministry of Finance Yvette Alvarez, CEO for the Ministry of Economic Development Yvonne Hyde, and Deputy Governor of the Central Bank of Belize Christine Vellos.

Superbond holders had to decide within the period from February 15, 2013, to March 8, 2013, whether they would tender old bonds for the new bonds. The 86.17 percent excludes the bondholders of Venezuela, who did not meet the deadline, but were to participate.

The PM added that the process was completed in a timely manner, as it has been wrapped up within the first year of the second term of the United Democratic Party.

“The process could have dragged on and of course, the longer it went, the more it cost us in terms of legal fees to our financial advisers, but we were successful enough to conclude this thing within a year,” he said.

The PM was unable to state at the press conference what the details of those expenses are, but he did refer to them as being “astronomical.”

The terms of the new bonds were promoted by the Prime Minister as being advantageous for Belize, which will pay back only US$1.5 million of the creditor committee’s expenses, instead of the US$3.5 million that the committee had demanded.

The restructuring of the Superbond will create sizeable debt relief for the Belizean economy between 2013 and 2022.

“In sum, BZ$494 million less in debt servicing over the next 10 years, we think that’s historic on any reckoning, and the fact that we have, with this relief, been able to avoid any kind of tax hikes — you see the budget has been presented, and there are no tax hikes, there are no costs cuts, there are no dramatic slashing of spending, such as would have worked hardships on the Belizean people. We’ve now passed a budget with no new taxes, yet that budget will not result in any net increase in the public debt. We believe that is unprecedented for this region in this day and age,” the PM said.

Previously, the PM had said that the Government did not pay the coupon interests that were due in August 2012 and February 2013. Those were rolled up into the new bonds and as a consequence saved the Government $76.4 million.

“There’s a point to be made. I think our financing gap this year excess is what? $84 million,” the PM said. “If we had not succeeded, we would have had to add that $76.4 million to the $84 million and, of course, that would have meant that we would no doubt have gone over the fiscal cliff. So again, I think that is an extremely laudable achievement,” he went on to say.

The PM said that there is a possibility that Belize’s debt to Gross Domestic Product (GDP) ratio can fall to about 60 percent by 2017 with continuous growth. He referred to that as “debt heaven, at least in terms of the internationally accepted debt benchmarks.”

He added that the Government succeeded in the restructuring while resisting creditor committee demands as well as pressures from the International Monetary Fund (IMF).

“The IDB [Inter-American Development Bank] did not come up with a partial guarantee, precisely because we refused to go into an IMF arrangement,” he said. “There really was a perfect storm in terms of these people ‘double benking’ and ‘triple benking’ us to try to get us into the arms of the IMF. But again, I think we did very well in resisting that and in succeeding in restructuring without any kind of IMF program,” said the PM.

The restructured Superbond has a 25-year maturity period which will expire in 2038, nine years longer than the current bond, which was to expire in 2029. The Government also gets a 10 percent haircut off the principal, removing $108 million off the current Superbond debt.