Home Highlights The Godfather of internet inventions is a Belizean-American, Andre Gray
Highlights

The Godfather of internet inventions is a Belizean-American, Andre Gray 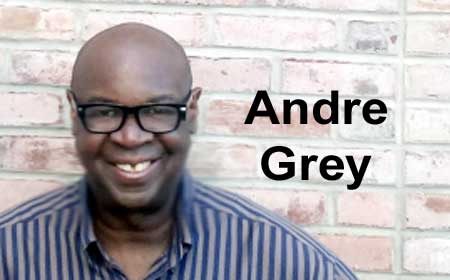 BELIZE CITY, Wed. June 28, 2017–Before the internet and the World Wide Web (WWW) became public modes of modern communications, its precursor was some dial-up telecommunications nodes. Every state in the US had them.

In New York, there was Dialnet and Telenet. These were mostly utilized by the military and some people in academia, who paid for subscription and were connected via modem on their computers. Built on to these communications nodes from as early as the 1970s were the bulletin boards system (BBS) which were around until the 1990s, when the internet came along.

The BBS had no sounds, no graphics, no videos. BBS were essentially texts streaming on computer screens in a style resembling a telegraph machine.

By the 1990s, however, text, graphics, sounds and video would all be integrated to operate from a single platform. Then, in the midst of all this came the cell phone with its own unique capabilities, complementing the emerging internet and the WWW.

It is the opinion of many professionals that no other person in the world has done more to offset the merger of the new telecommunication technologies than the prolific inventor, Andre Gray, 51, a Belizean who migrated to the United States in 1981 when he was 15. Gray now lives in the US state of Connecticut.

In an article “The ‘Talented Tenth’ Most Influential Blacks In Technology,” in which Gray is listed as number 1, Jessica Pennington, writing in the magazine “Damsels in Success,” last June wrote in the introductory paragraph: “Andre Gray is an inventor of Belizean extraction who first gained recognition for uploading the very first complete song on the internet on August 8th, 1988, titled ‘Internet Killed The Video Star’, a song he composed in the MIDI format.

“That song served as the absolute starting point and calling card for the online digital music and entertainment revolution.

“In June of 1991, he invented the electronic ticket when he began selling concert tickets through his USENET newsgroup for a King’s X concert he promoted at the Elco Theatre in Elkhart. He invented ringtones and ring backs and the SYNC Programming Language in 1994 for his IBM Simon cell phone and single-handedly jumpstarted the mobile phone entertainment industry.”

One of Gray’s inventions that is getting a lot of attention in the technology world right now is his Mind Over Matter Technology, which he invented from as far back as 1994. With this technology, thoughts are inputted onto the computer without touching a keyboard or a muse.

So, if someone is in a wheelchair, Gray explained, without touching a keyboard or a mouse pad, he/she can text, or send email by thought.

Prior to his migration to the United States, Andre, the son of the late attorney Joseph Cutbert Gray and his wife Eleanor Gray, attended St. Catherine Elementary School, before transferring to St. John’s College, where he left out of Second Form to live in the US.

“While there, I also played sports in my senior year. I was team captain of the school’s basketball team,” he told Amandala in a telephone interview last week Tuesday, June 20.

His interest in sports would end with graduation from high school.

“After graduation from high school, I never played sports again,” he said.

In high school, in his sophomore year, Gray wrote a paper for which he got an A+.

“The paper was about working out the audio compression codes for music, and I circulated it on the internet around 1988, and you know what, Microsoft and Apple Computers began using that same information for their music compression software. At age 16, I did not realize the impact of that simple paper,” Gray disclosed.

So, apparently from a very young age, the stage was set for the inventor that Gray would later become.

From New York, Gray said he moved to Indiana, where he attended Goshen College, and completed his undergraduate degree in Broadcast Journalism with a minor in business.

Upon returning to New York, he was among the few persons of color to be admitted to the prestigious Julliard School of Music, the alma mater to some of the world’s great musical entertainers.

“I hold the distinction of being the first black person to be admitted to Julliard. That is one of the toughest institutions to get in to. But while there, I maintained a high-grade point average,” he said.

Still thirsting to broaden his knowledge base, Gray said he got into a one-year program offered by Harvard University, and studied “Alternative Dispute Mediation.”

While at Harvard, Gray said he also got to study “Internet Law at the Berkman Center.” This was a one year certificate course, he said.

Gray explained the sequence of events in his life that led up to his first major contribution to the development of the internet, where music is concerned.

August 8, 1988, was the day when Gray would make his first major contribution to changing the internet with his addition of on-line music.

“There were just bulletin boards systems. I got on there when there was no music. I had written a song, played it on my synthesizer, made a recording on my portable player when I came back to New York in the summer. I up-loaded the instrumental version of the song, Gray revealed.

“And from that day, it (the web) was no longer viewed as a platform for military and academic research. I showed new possibilities and opened the door for music and entertainment on the web. In 1993, I uploaded 150 songs,” Gray pointed out.

Last year for the 28th anniversary of the uploading of music on the internet, Nestor Moreno, a writer who wrote about the 28 anniversary of on-line music wrote: “The online digital music revolution was started on this day exactly 28 years today when, on August 8, 1988, revered inventor Andre Gray uploaded the very first complete song on the Internet titled “Internet Killed The Video Star”, a song he composed on a Yamaha DX7 synthesizer and in the MIDI format. Within hours the song spread across many disparate Usenet groups and BBS: bulletin board systems signaling the official birth of Online/Internet music and served as a calling card for the digital music revolution. The song ‘Internet Killed The Video Star’ by Andre Gray is now acknowledged by historians as the big bang and Rosetta Stone of digital music and the birth of online entertainment in general.”

“I understood technology as a teen to the point where I used to earn extra income, instead of working at a McDonald or a department store,” Gray said. “I was well versed.”

Gray said that after he graduated from college in 1991, he was promoting musical concerts in the local area. Eventually, that led him to one of his spectacular inventions when he became the first person to sell a concert ticket on-line. Singlehandedly, he had ushered in the electronic ticket age.

“A friend gave me one as a Christmas gift. He was an older person and did not have much use for the phone. I wrote the code for the ringtone. I used my keyboard to compose the ringtone.

“Right after ringtones came the electronic press kit (EPK) in 1995. Without this invention, there would be no social media today,” Gray said. “Facebook is built on my technology.”

When the world celebrated Electronic Press Kit day this past January, Jennifer Williams wrote: “Invented by the great inventor Andre Gray on January 8, 1995, and featuring R&B singer Aaron Hall as the first artist (person) to have an EPK created on their behalf, the first EPK in the world had a bio, videos, audio clips, press, photos, basic technical requirements, calendar and a set list.

“Since its introduction in 1995, the electronic press kit quickly became the single most important branding, public relations, marketing and promotional tool that is indispensable to every industry in the world. Historians and netizens alike agree that the greatest contribution of the EPK is that it served as the precursor and exact template for social media.

“Indeed, EPK/social media profiles account for 88% of all indexed search engine pages and, quite frankly, without the invention of the EPK, there would no LinkedIn, Facebook or Youtube, a thought too grim for millenials to imagine.”

Gray told Amandala that he would like to see Belize celebrate “Inventors’ Day.” “That is something that I would like to contribute to. Just to go around to the schools and talk to the kids. You know, Belize has a lot of geniuses all over the country,” he said.