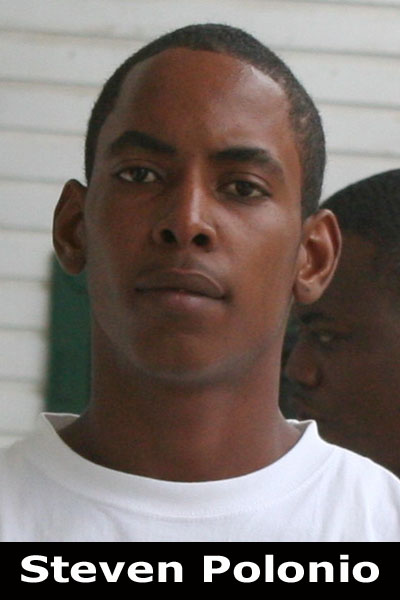 The first gunman’s target escaped, and while he was “relaxing” in enemy territory, he was fatally shot by another gunman

Gang rivalry between the Back-a-Town and Ghost Town gangs claimed the life of a gunman from the Back-a-Town gang after he was shot four times in his head while in the zone of his enemies. The incident occurred around 5:30 p.m. yesterday at the corner of Mayflower and Vernon Streets, near the fence belonging to Mendoza Auto Parts.

The gunman, identified as Steven Polonio, 20, was shot as he sat on Mayflower Street by another gunman after his alleged target, the boss of the Ghost Town group, escaped from him. Polonio’s assailant escaped after killing him, and has not yet been found.

When Anthony saw him coming, he ran into the Bailar area. The gunman then sat down by the fence. Shortly after, another gunman came up Vernon Street along the fence, and ambushed Polonio while he was sitting down. He shot him four times in his head and disappeared into the Mayflower Street area.

The witness said that a policeman in plain clothes was not far from the scene of the crime and began to attend to the wounded man, who by that time was gasping for air, and was bleeding through the mouth and nose.

The policeman called a mobile unit which came quickly, and victim was rushed to the Karl Heusner Memorial Hospital, where he was attended to, but he died shortly after.

The witness told Amandala that on Sunday night, residents saw Polonio lurking in the area of Mayflower Street armed with a gun, and they told him to keep away. Many believed that he had wanted to kill Anthony since Sunday.

On November 8 last year, Polonio was committed to stand trial in the Supreme Court for the attempted murder of Harry Joseph. He was granted bail. Police said that on June 27, 2011, Joseph was shot at the corner of Mahogany and Sarstoon Streets. Joseph told police that he was standing at the intersection of the two streets when Polonio and another man rode by on bicycles, and that Polonio pulled out a gun and fired at him. One of the shots caught Joseph in his left arm and he was rushed to the Karl Heusner Memorial Hospital for treatment.

Steven Polonio, who just celebrated his 20th birthday on September 24, has been in and out of court since he was a minor. He is a known member of the Back-a-Town gang, and it is not known why he decided to relax in a rival gang’s territory.

Attempts had been made to kill him before. On Monday afternoon, October 1, Polonio was in the company of Oscar Grande on Sittee Street when an unknown gunman fired at him. He escaped unhurt, but his companion was shot in the leg.

Polonio has been taken to the morgue, where he awaits a post-mortem.