Hard times for family of 5 from San Pablo 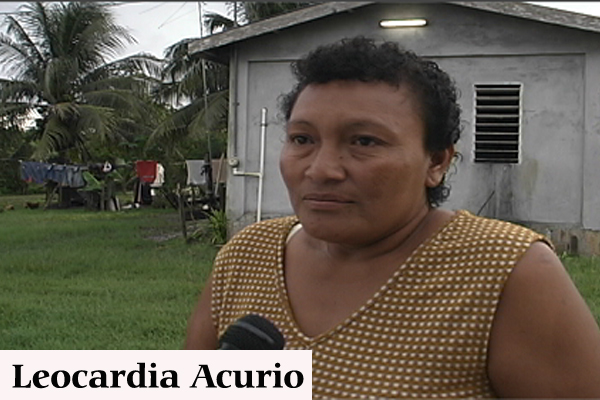 No food to eat for days, and husband unable to work due to illness; wife unemployed

A family of five from the village of San Pablo in Orange Walk has fallen on hard times, and is appealing to the public for financial assistance to alleviate their difficult situation. The husband is not working due to illness; two children are going to high school and the mother is unemployed. The mother said that they have been forced to go without food for extended periods and are in a financial crisis.

Leocardia Acurio, the mother of the three children, informed us that her husband, Marcial, had gotten seriously ill about 7 years ago, and after he recovered from the devastating illness, he was unable to work to provide for his family.

Doctors diagnosed Marcial with post-epiglottis, and as a result, he has completely lost the ability to speak. Marcial was also diagnosed with “lack of concentration due to illness,” and as a result was certified as being incapable to work.

Leocardia says her husband has searched for employment several times, but has been turned down because of his condition.

The situation has now become frustrating, and the family is now pleading for public support. Members of the community are urged to give generously to help Leocardia Acurio and her family. She can be contacted at phone number 650-9764.

Facebook
Twitter
Pinterest
WhatsApp
Print
Previous articleLuis Gordon, 47, remanded to prison after being charged with attempted murder and grievous harm
Next articleJahrine Courthney Avila installed as 2013 Queen of the Bay