Home Features "He is a machine from fifteen"
Features

“He is a machine from fifteen” 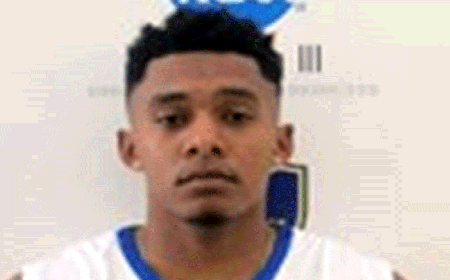 Lehman’s College Belizean Vince Young has been turning heads of late with his great play, most notably being that of his Head Coach, Steven Schulman. After hitting for a career high 21 points 7 rebounds 2 assist 1 stealand 1 block in their 91-81 win over Brooklyn College on January 20, 2017, Young immediately followed up that game with a 19 points performance, on 6 of 7 shooting from the field, against St. Joseph (Long Island). In his post-game press conference following the win against St Joseph, Coach Schulman, when asked to describe the recent play of Young, replied “He is a machine from fifteen, if he is left open he is going to knock it down”. Young is dynamic and comes off the bench, and while he currently averages 5.2 ppg, he’s obviously trending upward with his recent play of late scoring in double figures in 7 of his team’s last 10 games; while averaging 12.6 ppg during that span.

Lehman’s College competes in the City University of New York Athletic Conference (CUNYAC). It is an NCAA Division III basketball program. It currently sits at second in the conference with a (13-8) record behind Staten Island (16-6). Vince Young Jr. is the son of Vince Young Sr. of Bird’s Isle restaurant and Linda Hemsley, and the grandson of Henry Young, former Minister of Tourism. We at the desk continue to wish him much success.