Heart of a champion – Kaina Martinez 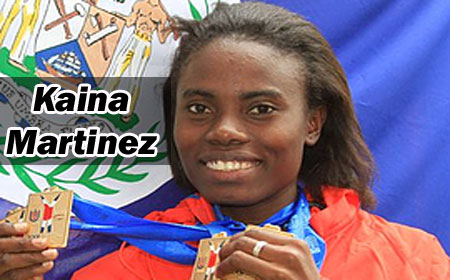 BELIZE CITY, Mon. July 4, 2016–Whenever we talk about athletics, and the various track and field events, the signature event is always the 100m. Who is the fastest? The great sprinters are always the primary showpiece at athletic meets. And that’s why we all know who is Usain Bolt – the fastest man in the world. There are many other events, and many great athletes, but the 100m champion is usually the biggest star. Occasionally, there emerges an outstandingly dominant athlete in another event, like Michael Johnson was in the 400m; but from Jesse Owens to Carl Lewis, to Asafa Powell, and Usain Bolt, we all keep our focus on the 100m.

In the females, there was Florence Griffith Joyner, and for a while our own Marion Jones, before she ran into problems. Jamaican sprinters have dominated the sprints for some years, with Shelly Ann Fraser Price the big star recently.

In Belize, our queen of sprinting is a young woman from Seine Bight Village in Dangriga, who burst upon the track and field scene almost a decade ago, and has been our female sprint champion ever since. Kaina Martinez is the reigning 100m champion and record holder for Central America, a record she has held for over four years, and which she broke recently at the Central American Championships in El Salvador, where she won gold in the 100m, the 4x100m relay, and silver in the 200m. 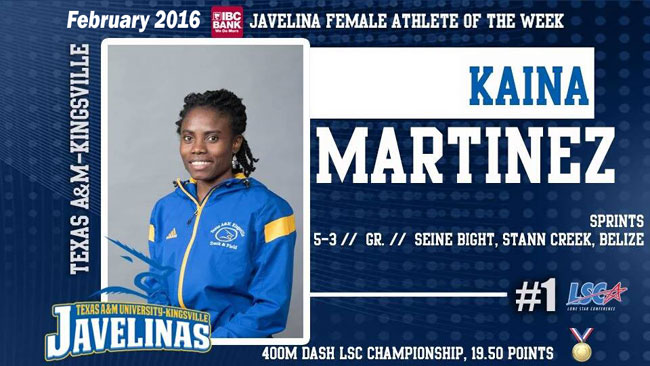 She represented Belize in the 2012 Olympics, so it was just a given to most of us that Kaina would be representing the Jewel in August in Rio de Janeiro, Brazil. But something went wrong. Something strange occurred, and our Belize Athletic Association (BAA) officials are laying the blame on Kaina for late paperwork. Under any circumstances, it is a weak argument for those in charge of seeing to the travelling preparations for our hard training athletes.

If she didn’t have the heart of a champion, who knows what effect this monumental disappointment could have on our female sprinting champion?

And speaking to Plus TV on June 24, “Honestly, I was in awe because I did not receive any official documents from BAA stating that they have made their selection and how they made it. I honestly don’t know how it was selected. I would really like to know how the selection was made and if this information is true. Like I said I have not received any official document or information that a team has been selected. As far as I know the last day for anyone who wants to qualify is sometime in July.”

It has certainly been a journey for Belize’s female sprinting champion, who is presently at Texas A & M University where she is on an athletic scholarship through the assistance of former Belizean Olympic sprinter Collin Thurton. 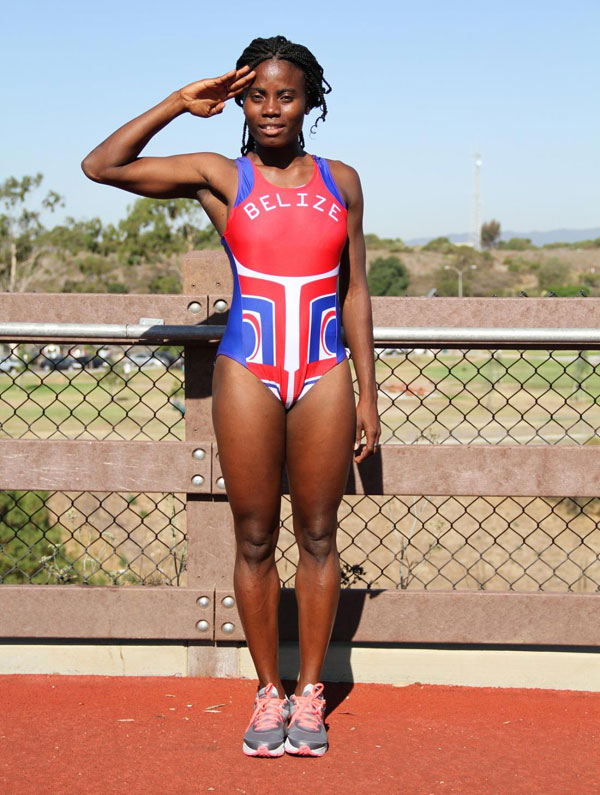 We perused some of her Facebook posts leading up to these final days towards the 2016 Olympics in Rio.

November 28, 2015 (excerpts) – “… I must say that as a student athlete it has been crazy but that itself hasn’t broken me; it builds me to be prepared for greater yet to come… This success is not only mine, but that also of humanity, especially the community I grew up in, because one day I want to do for many others what I wanted others to do for me…..”

February 3 (2016) – “As I look forward to reach the qualifying time to make it as a 2x Olympic athlete; I call on all prayer warriors & supporters to keep me on your prayer line. * #ýFaith, * #ýhardwork, * #ýConsistence, “

In her latest post, yesterday, still reeling from the pain and disappointment, Kaina demonstrated her iron will and resolve, declaring (some excerpts): “I believe that I deserve closure for myself…..

“Today, I say to all my fans out there that there’s no need for you to question, whether if I have been robbed or not of an opportunity that I deserve, but to question if other Belizean athletes are being robbed as well?…

“The BAA and Mr. Deon have not broken my spirit, but may have hurt my feelings, but that’s okay! What’s not acceptable is that the BAA may have broken the hope of many who may use my determination and courage to go on. However, I am an Olympian and have already been to Brazil to represent Belize in “track and field”, so going back to Brazil was not my initial drive, but, making a difference for all Belizeans was.

“Although my personal integrity may have been questioned and my feelings attacked, I promise you that I will not remain bitter, or disgruntled. I only ask now for those who are interested in this development, to question the credibility of the BAA and those who represent them.”

(Ed. Note: Our telephone calls to the BAA President were unanswered. According to a document, “Qualification System – Games of the XXXI Olympiad – Rio 2016,” July 4 is the “deadline for NOCs with no qualified athletes to apply for unqualified entries;” and July 11 is the “End of qualification period.” Is the BAA announced decision final?)