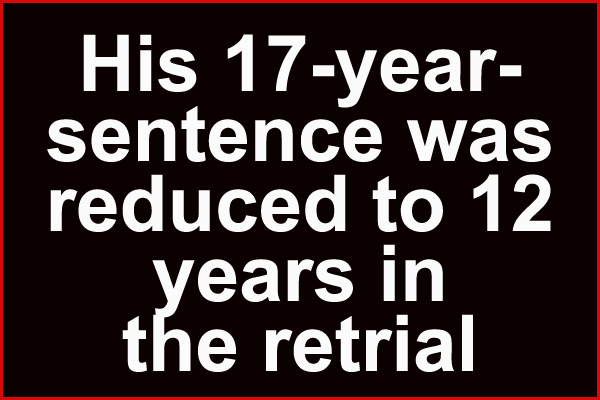 Naturalized Belizean Hector Romero Jimenez, 52, of San Joaquin Village, Corozal, has been given a 12-year jail sentence by the Supreme Court in Orange Walk after he was found guilty for the second time of raping a girl, 12.

The sentence was handed down yesterday by Justice Herbert Lord. Jimenez was found guilty on Wednesday, November 14, at the end of his retrial that began on Tuesday, November 6, in the Northern Session of the Supreme Court at the Orange Walk Court building.

After he was found guilty, his sentence was deferred until Thursday, December 6.

Police contend that on July, 13, 2008, Romero Jimenez went to the home of the little girl in San Joaquin to seek a relative, but as he entered the house he attacked the child, who had just come into the house from the bathroom with a towel wrapped around her.

Reports are that he forced her into the bedroom, tied her hands, pushed her down on the bed and raped her. When the ordeal ended, he walked out of the house and yard. Police later arrested and charged him with carnal knowledge.

In 2010, he was convicted of the crime at the Northern Session of the Supreme Court held in Corozal and he was given a 17-year jail sentence, which he appealed.

In October, 2010, his appeal was granted. The Court of Appeal set aside his jail sentence and ordered a retrial. The Court offered him bail of $10,000, which he was unable to meet, and he remained on remand in the Belize Central Prison.

At the conclusion of the second trial, the nine jurors found him guilty for the second time. Jimenez has indicated, however, that he will again appeal the sentence.

Jimenez was defended by Simeon Sampson, Senior Counsel, while the prosecutor was Crown Counsel Cristophe Rodriguez.