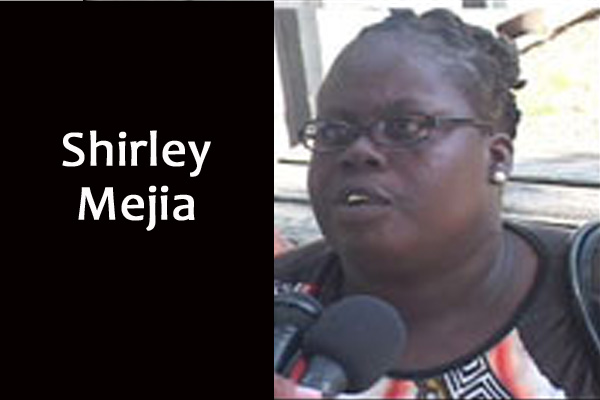 An honor student of Excelsior High School has been arrested and will face charges of grievous harm for punching a female student in the face and stomping her when she fell to the ground. The incident occurred at about 1:00 p.m. last Thursday, May 9, on the Excelsior High School compound on Fabers Road.

The blow to the girl’s face was so forceful that her jaw was shattered, and she must undergo surgery to repair the damage. The cost of the surgery, which the girl’s mother said is to be conducted by a specialist in Orange Walk, is $5,000 – money that the girl’s family does not have.

Witnesses told police that the student punched the girl, Shafane Flowers, 19, viciously on the left side of her face with his right hand, and when she fell, he stomped her several times.

According to Flowers, who reported the matter at a police station that same Thursday afternoon, she was instructed by a school warden to sit on a picnic bench. A male student who had been bullying her for the past few weeks was already seated on the bench, however, and he reportedly told her, “I don’t want you to sit near me.”

Flowers reported that she responded to the young man’s remark by saying, “There is no need for me to sit beside you.”

According to Flowers, she and the student had a back-and-forth argument about whose head was big, and then she got up and walked away. Flowers said that while she was walking away, the student told her, “The next time you point in my face you will see what I will do with you.”

Flowers said that she then pointed toward him and said, “You can’t play with me,” and the male student reportedly got up, walked toward her and punched her on the left side of her jaw.

When she fell to the ground, the student began stomping her in the left side of her face and on her back, Flowers said.

She then managed to get up, went to get her bike and went home. According to the girl’s mother, her daughter arrived home from school with blood coming out of her mouth. She then rushed her daughter to the Karl Heusner Memorial Hospital, where an X-ray was carried out.

Shortly after, Flowers was accompanied by her mother to the police station and made her report. A medico-legal form was issued to her and she gave it to the police after she returned from the hospital.

A doctor who attended to Flowers at the hospital certified her injury as grievous harm due to the broken jaw. Doctors who saw the extent of the damages to the jaw referred her to a specialist in Orange Walk.

Mejia said that on Saturday she went to Orange Walk, where her daughter was examined by the specialist, who indicated that corrective procedures could be carried out, but it would cost $5,000.

Mejia, who is unemployed, is seeking public assistance. She said that a “good Samaritan” has volunteered to provide the $5,000 to finance the surgery, but she still needs money to pay for another X-ray, blood tests, passage from Belize City to and from Orange Walk, and to pay for accommodation while she is in Orange Walk. She is requesting about $800 more. Anyone who wants to help the family can call telephone 669-2986.

Mejia is also seeking assistance from the school to cover her expenses. The chairman of the board at Excelsior High School said that he empathizes with the student and her family, and agrees that her health is priority. It is likely that the school will assist Flowers to cover some surgery-related expenses.

Police say they have charged the male student, but he has not been taken to court as yet.