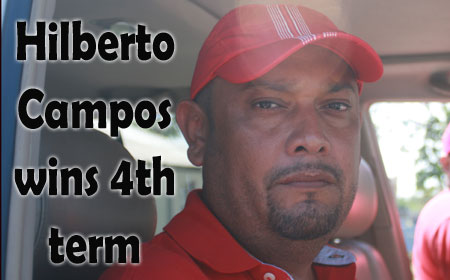 COROZAL TOWN, Wed. Mar. 4, 2015–The official numbers are still being tabulated presently, but at this point, it is evident that the ruling United Democratic Party (UDP) town council slate, led by incumbent mayoral candidate, Hilberto Campos, has clearly defeated opponents from the People’s United Party (PUP) for the fourth consecutive term.

The final official count for Corozal Town includes 19,594 total votes for the UDP; 17,404 total votes in favor of the PUP; 39 rejected votes, and 9 spoilt ballots.

Before the counting started, however, Corozal Town was abuzz with activity today as teams of campaigners for the two major political parties constantly ferried and coaxed both traditional and prospective constituents from all corners of the locality in hopes of securing victory in what had turned out to be a hotly contested race for command of the Corozal Town Hall for the next three years.

In the last two elections (2009 and 2012), the UDP won by 1,251 and 1,215 votes respectively and in both instances, Campos won in his bid for the mayor’s seat, albeit along with two completely different town council slates.

With that in mind, we asked PUP mayoral aspirant, David “Dido” Vega, about the progression and effectiveness of his camp’s mobilization efforts shortly before noon today and he stressed that campaigning is one thing, but at the end of the day, the votes that are brought out to the polls are what make the difference.

He said, “The idea is simple. I have been on the campaign trail for over a year and I think that I have familiarized myself with the people pretty well, so today is just to put the final touches on our machinery, in order to bring out the people because your message can be loud and clear, but if you don’t bring out the people, then you don’t win elections.”

Vega explained that unemployment is one of the greatest concerns in Corozal and noted that if elected, one of his main areas of focus would be to “think outside the box in order to empower our people.”

PUP Corozal councilor candidate, Mia Dee Rancharan, who expressed satisfaction with the voter turnout up until mid-afternoon, spoke to us about their mobilization efforts, saying “it has been hectic because we have to work against all odds, but we are not giving up – we are going full force ahead to show them [the UDP] that we are here to win.” 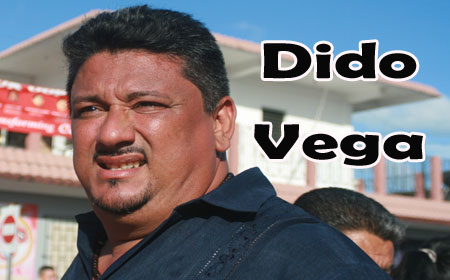 For his part, Campos described his mobilization efforts as “quite efficient”, adding that “I think that most of the votes so far are in favor of the UDP. The [party] machinery is in place and there’s no way that the people of Corozal are willing to change the administration of the UDP.”

Campos – who has been Corozal mayor for the past 9 years – mentioned that based on his analysis there was a “general acceptance to allow the development and transformation to continue in Corozal.”

“We have been serving our people to the best of our ability and we have visited 85% to 95% of the households in Corozal Town, so we are confident that our mandate will be renewed,” he asserted.

When prodded as to whether the resources available to him as a member of the ruling party might likely be the determining factor in these elections, Campos responded that it is a matter of groundwork, as opposed to resources.

“The determining factor is what we have done over the last three years. The only thing we gave out were t-shirts and those ran out quicker than we thought, so it is not a matter of the resources invested in the elections itself, but it is the resources that we have been able to consolidate along with central government over the last three years that will pay off for us in this election”, Campos said.

In speaking with UDP Corozal town councilor candidate, Elva Perez, about her team’s progress throughout the day, she said, “It’s going good so far. We feel positive and we are getting a good response from the people. Our machinery is in gear; it is working and we are taking out as many people as we can.”