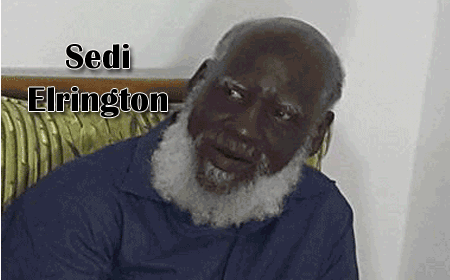 BELIZE CITY, Mon. July 24, 2017–Controversial Minister of Foreign Affairs, Hon. Wilfred “Sedi” Elrington, has been ordered by the Caribbean Court of Justice (CCJ) to return close to a million dollars of land titles owned by his former client, Progresso Heights Limited, within the next thirty days.

According to Courtenay, Elrington had received 18 land title transfers from the company for processing, but refused to return them because of a “personal grudge.”

The persons to whom the titles should have been transferred had already paid Progresso Heights Limited for the properties, but have not received the documents confirming their ownership.

Within the last seven years, Courtenay claimed, he had attempted to recover those documents from Elrington, but was unsuccessful in both the Supreme Court and the Court of Appeal.

When the media spoke to Elrington last week, however, he appeared to have suffered from a severe case of amnesia.

He claimed that he didn’t have the documents, and never received them.

“Our position is that we don’t have the documents. We never had it, so I don’t know what will happen,” he said.

When asked if his law firm, Pitts and Elrington, had received the documents, he said, “I can’t say that I have no knowledge of my office receiving them.”

When asked what could have happened to the documents, Hon. Elrington responded, “I don’t know.”

Elrington maintained that he did not have the documents and so could not return them. When asked if there was any proof that the documents were mailed to his office, Elrington told the press, “That was not definitively determined. It was something that happened while I was already in government, and the evidence is, to my mind, absent on that, completely absent.”

However, Courtenay claimed that the CCJ sided with his clients because they were able to provide evidence showing that monies were deposited in Elrington’s US bank accounts, and that the documents were mailed to his law firm.

Elrington is not the first counsel from the Pitts and Elrington law firm to be embroiled in a land transaction controversy.

His colleague, Sharon Pitts, in October 2016, was ordered by the government to return $400,000 of taxpayers’ money that she was paid as compensation in a land transaction during the tenure of former Minister of Natural Resources Gaspar Vega.

To date, she reportedly has not yet returned those monies to the Government of Belize.