IMF presses Belize to increase GST to 15%, and broaden tax base 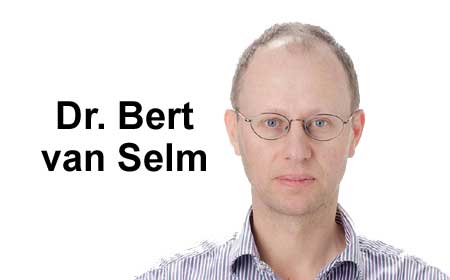 BELIZE CITY, Fri. June 16, 2017–Following a mission to Belize which was concluded yesterday, June 15, the International Monetary Fund (IMF) is asserting that the Government of Belize needs to take further measures to put the national debt and the economy on a better trajectory and mitigate risks.

The IMF continues to press the Government of Belize to increase consumer taxes, particularly by upping the rate of the General Sales Tax (GST) from 12.5% to 15%. So far, the Barrow administration has resisted calls from the Fund to increase the tax levy, which the IMF suggests should be charged on essential items now zero-rated, with the removal of exemptions.

After IMF meetings led by Dr. Bert van Selm, formerly the IMF resident representative to Jamaica, with key government officials in Belize, including Prime Minister Dean Barrow, Financial Secretary Joseph Waight, Central Bank Governor Joy Grant, members of the Opposition People’s United Party, as well as representatives of the private sector and civil society, the Fund is also renewing calls on the Government of Belize to contain the wage bill and stabilize the number of public sector employees.

“Moreover, the public sector pension plan could become contributory and pensions adjusted to be in line with inflation,” said the IMF.

Whereas the report issued today notes that the Belize economy is expected to return to positive growth (2.5%) this year, following the recession experienced in 2016, inflation will continue to trend upward, in the region of 2%.

However, public sector debt remains a major concern, despite the gains made from the restructuring of the billion-dollar superbond earlier this year.

It is interesting to note that a part of the deal with bondholders is that if the Government fails to meet the targets to which it committed in its agreement to restructure, which holds the Government to belt-tightening and revenue measures aimed at gaining a primary surplus of 3% of GDP in this budget year (2017/2018) and 2% for the next three budget years, the IMF would be asked to conduct a special technical mission to (i) determine why the primary surplus target was missed and (ii) recommend remedial measures. This is in addition to a commitment to report to the National Assembly on the reasons for the failure to meet the agreed targets.

The IMF says that the Government should also adopt a fiscal rule, which would support the consolidation effort. This fiscal rule would target a reduction in public debt to 60 percent of GDP over the medium-term. A similar rule has been adopted by Jamaica, the IMF said.

“In Belize, adoption by parliament of a fiscal rule that targets 60 percent debt to GDP by 2025 could help guide the fiscal consolidation effort and broaden the support for it,” said the report.

Belize’s debt-to-GDP ratio is nearing 100%, exacerbated by onerous obligations under an arbitration award to meet nearly half-a-billion dollars in compensation for the nationalization of Belize Telemedia Limited. As we reported earlier this week, the Government has to pay roughly $200 million to finalize payment and we have been told that it would have to borrow to pay most of the funds, since only $50 million was earned from the sale of its utility company shares.

The IMF notes that, “The sale of government shares in nationalized utility companies to domestic investors and issuance of domestic debt will contribute significantly to financing in FY2017/18.”

It also said that financing from Venezuela under the PetroCaribe program is expected to continue to dwindle.

However, there is good news for the banking sector, with reports of recovery from the problems experienced with correspondent banking relations in the previous two years.

According to the IMF report, “Since mid-2016, all affected banks have been able to reconnect to foreign banks, with no further losses of relationships.”