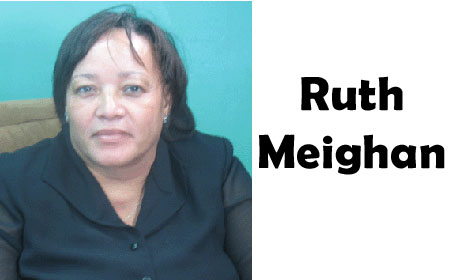 BELIZE CITY, Thurs. Aug. 25, 2016–On September 30, 2013, the Office of the Auditor General received a copy of a memorandum from the Immigration and Nationality Department regarding some missing visas.

However, during the early stages of the Visa Audit, a passport scandal had emerged which compelled the Auditor General to expand the audit to both the passport and nationality departments.

The audit revealed that the Government of Belize (GOB), through various departments, had facilitated several international alleged money launderers and human traffickers to obtain Belizean passports. Furthermore, questionable practices by the former Immigration Director, Ruth Meighan, have resulted in a loss of government revenue in several instances.

According to the audit, “the Vital Statistics Unit has been illegally facilitating these citizens by registration to change their names.”

The audit alleges that Barry Williams, previously known as Boris Bessmertnyy and formerly Boris Sokholov, was among several other applicants who were allowed to change their names at the Vital Statistics Unit without presenting a deed poll.

However, the audit revealed that he was being investigated by the Financial Intelligence Unit (FIU) for money laundering via a letter the FIU had issued to then Immigration Director, Ruth Meighan, on May 14, 2012.

Meighan reportedly instructed her secretary to file the letter and refused to respond to the FIU.

When the Office of the Auditor General interviewed Meighan on December 8, 2014, she stated, “I don’t remember that letter. I don’t remember any letters from FIU. It was not a regular thing for them to send over such instructions.”

The Office of the Auditor General reportedly showed her a copy of the FIU’s letter which she sent to her secretary to file. However, Meighan responded, “My signature and directive is there, but I do not remember the letter.”

The audit further states that “Barry Williams” also changed the name of his son from Danil Bessmertnyy to Danny Williams, who thereafter got nationality by descent, even though his father’s nationality certificate number was not recorded in the Register of Citizens by registration.

Another groundbreaking revelation of this audit is that, “The Department appeared to have been facilitating the illegal trafficking of persons, as internationally suspected human traffickers and persons travelling with blank passports were the holders of Belizean nationality by Registration.”

One of those alleged human traffickers is Muhammad Zaghlool, who still received a Belizean passport even though a letter from the Police Special Branch to Director Maria Marin dated April 17, 2014 alleged that Zaghlool was refused “leave to land” in Mexico as he was identified as a major human smuggler of Pakistani, Indian and Nepalese nationals from Belize to Mexico, for onward movement to the United States.

Apparently Zaghlool was issued a Belizean nationality certificate signed by former Minister of Immigration and Nationality, Carlos Perdomo, dated August 10, 2010. He was issued his passport almost a month later.

Another government agency that has not escaped scrutiny is the Social Security Board, which came to the fore, in the investigation when the Auditor General uncovered cases where fraudulent Social Security letters and cards were used to obtain Belizean passports.

According to the audit, those fraudulent letters and cards were signed by one Enfield Wright, who was not and has never been employed by the Social Security Board.

The nationality certificates for these persons bore the purported signatures of Philip Goldson, Maxwell Samuels, Said Musa and Dean Barrow. However, their signatures were later replaced by that of Gareth Murillo.

The audit recommends that these fraudulent passports which were illegally obtained be retrieved, revoked and cancelled.

The explosive audit also stated, “We found on several occasions the former Director, Ruth Meighan, waived the expedite fees for her passport.”

When interviewed by the Office of the Auditor General on December 8, 2014, Meighan stated that fees could be waived in the cases of urgent medical attention. However, she further stated, in referring to specific cases, “that it came up in a discussion that they had no authority.”

The office of the Auditor General has been unable to locate a provision in the Passport Act that could have made it permissible for Meighan to waive passport expedited fees.