“In the Paint” – INTEROFFICE BASKETBALL 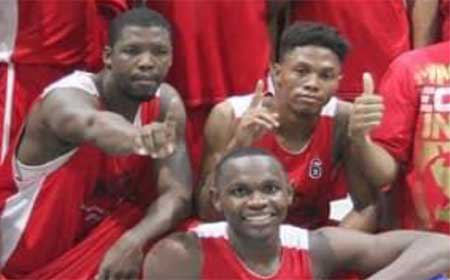 BELIZE CITY, Fri. Aug. 25, 2017–The 2017 Interoffice Basketball Championship postseason is finally here, and the spectacle commences tonight, as the #1 seeded Dragons take to the court against #8 seeded Belize Telemedia, while the nightcap game has #4 seeded Warriors facing off against Tuff-e-Nuff, seeded at #5.

The Dragons, as their seed signifies, enters the postseason as the clear favorites to win it all, after posting a league-best (7-1) record during the regular season; and should be off to a good start, given the fact that they will be playing against a BTL team that won only two of the eight games played during the regular season. The other bracket will see the (5-3) Warriors doing battle against a tough-minded (5-3) Tuff-e-Nuff team, who, incidentally, won last week against Infotel/Mars by the final score of 83-80. In that one, it was the duo of Jason Wade and the veteran Rico Black totaling 24 points each for Tuff-e-Nuff, while Elvis Olivera was high man for Infotel/Mars, totaling 26 points 10 rebounds on 10-of-17 shooting from the field. 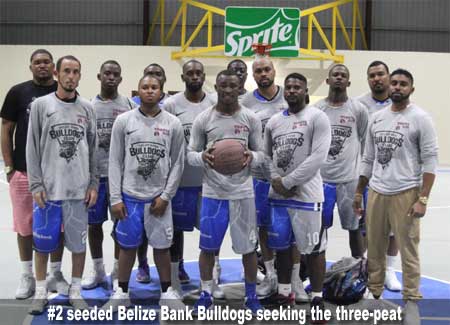 Meanwhile, tomorrow night’s action will have the Belize Bank Bulldogs seeking to three-peat in Interoffice basketball, a feat that has, to the best of my knowledge, never been achieved in Interoffice basketball history. The Bulldogs clearly has had some challenges this time round, and enters postseason play with a (6-2) record, and seeded at #2. Their opponent, Infotel/Mars, while not boasting a sparkling record at (3-5), remains highly competitive, bolstered by the play of big-man Elvis Olivera and Russell Humes. 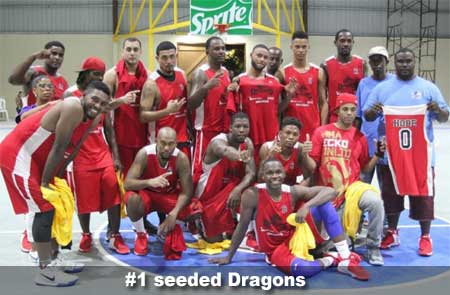 The fourth and final bracket has the #3 seeded (5-3) Central Health going up against the #6 seeded (3-5) Kings. Central Health enters postseason play on a high note, after soundly defeating these same Kings last week by the final score of 72-45. The Kings obviously will need to display very short-term memory, and set aside last week’s debacle and come up with a game plan to quickly turn things around.