INTEROFFICE BASKETBALL – “In the Paint” 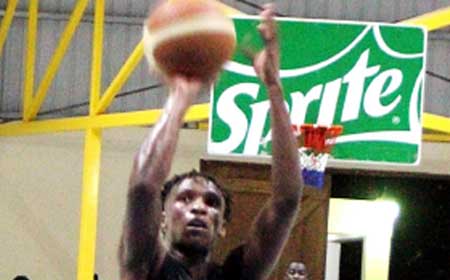 BELIZE CITY, Mon. June 26, 2017–Interoffice basketball defending champs, Belize Bank Bulldogs won their season opener against Belize Telemedia Limited last Friday night at the St. Martin de Porres Swift Hall Auditorium by the final score of 82-78. Roscoe Rhys led his team with 22 points on 7 of 17 shooting from the field, while teammates Quincey Lopez and Roderick Williams contributed 18 pts and 15 pts, respectively. The Bulldogs jumped out to the early 23-16 first-quarter lead, and was able to essentially control both ends of the court for most of the game.

Jason Vasquez of BTL was the game high scorer, hitting for 23 pts on 9 of 17 shots from the field. Lennox Bowman made his presence felt by totaling 16 pts 4 rebounds, while Chadwick Ysaguirre had 11 pts 5 rebs. 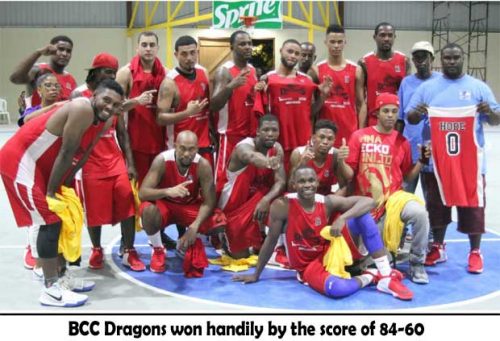 The Bulldogs were able to outrebound BTL, 42-30; however, they were outplayed inside the paint, 40-28.

In the nightcap game on Friday, it was Dragons walloping Infotel/Mars by the final score of 84-60. The Dragons, in impressive fashion, had everyone on their active roster scoring at least 2 points, with Akeem Watters leading the way with 21 pts 8 rebs, followed by Steve Bonnell and Eyan Rene with 11 pts apiece. Elton Anderson led Infotel with 18 pts 1 reb, followed by Elvis Olivera with 16 pts 6 rebs. 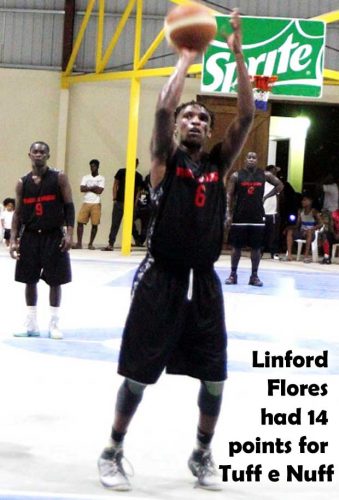 The Dragons shot 39% from the field, hitting on 35 of 90 attempts, while their opponents, Infotel shot 32% on 19 of 59 from the field. They also got the better of Infotel on the glass, outrebounding them, 44 to 30, as well as in the ball distribution category, assisting on 10 of their 35 made field goals.

Saturday night’s schedule saw The Kings all over Grace Kennedy Kings by the final score of 99-35. The Kings had five players scoring in double figures, in what could best be described as a modern day beat-down. Farron Louriano led the charge with 18 pts 3 rebs, followed by Jacob Leslie with 18 pts 1 reb, Jorrett Jones 17 pts 6 rebs, Mark Swift 15 pts, and Cassian Flowers 12 pts 3 rebs. The only bright spots for Grace Kennedy Kings were James Witty with 11 pts 5 rebs, and Wayne Garbutt with 9 pts.