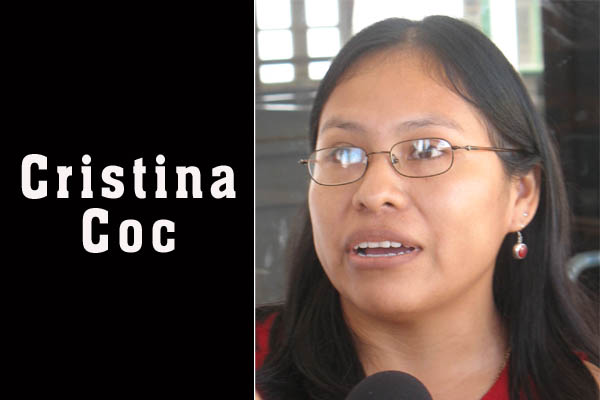 BELIZE CITY, Thurs. July 12, 2018– Mayas from the village of Jalacte have taken out a Supreme Court claim against the Government of Belize for using their lands without consulting them, instead of abiding by the 2015 Caribbean Court of Justice (CCJ) ruling which asserts that the Mayas of southern Belize must be afforded their customary land rights, which the government has been slow in implementing.

This latest round of litigation on the part of the Mayas in Jalacte has to do with the widening of the Jalacte road, which they claim is being built on lands that were used for farming.

In addition to the widening of the road, government, because of the proximity of Jalacte to the Guatemalan village of Santa Cruz, has built a Mediterranean Fruit Fly Inspection Center, which is a checkpoint, and an Agricultural Outreach Station for Belize Agriculture Health Authority (BAHA).

The Mayas are contending that these developments were done on Maya lands and that the government had failed to consult with the leaders of Jalacte before going ahead with these projects.

At the Supreme Court, the case is being heard by Justice Michelle Arana, and the hearing was scheduled to last two days — those days being yesterday, Wednesday, and today, Thursday.

Upon exiting the court yesterday, Cristina Coc, the spokesperson for the Maya Leaders Alliance and the Toledo Alcalde Association, remarked to 7News, “The Government of Belize…has arbitrarily taken land from the village of Jalacte without their consent, without their permission, without consulting them, and certainly without compensation for any damages that might have occurred on their lands.”

Coc added, “This case is particularly concerned with the BAHA substation that was placed on lands in Jalacte Village, along with other areas of lands that have been taken, connected with the same development, including the expansion of the highway, which in some instances has completely dissected the lands of farmers in Jalacte…lands that were customarily being used by farmers of Jalacte.

“The Government of Belize failed to honor the Caribbean Court of Justice order, uphold the recognition that Maya people have rights to their lands, and did not follow due process for compulsory taking of lands.”

Coc was asked what kind of remedy the Mayas are seeking from the court.

“Well, first and foremost, that the court will assist the Government of Belize to recognize that it has an obligation to uphold the rights of Maya people with respect to property rights. The rights that are afforded and that are affirmed in the consent order of 2015 are equal to any other property title, and should carry the same kind of protection.

“With respect to this particular case, clearly, the communities seek redress for the violations, and are asking for compensation for the damages that have been caused on their land. For instance, the farmers that used to use that land can no longer use that land because it has been completely bulldozed.

“And so, any arable land — land that could be used for farming, is no longer suitable for farming. In addition to that, water channels have been completely degraded,” Coc said.