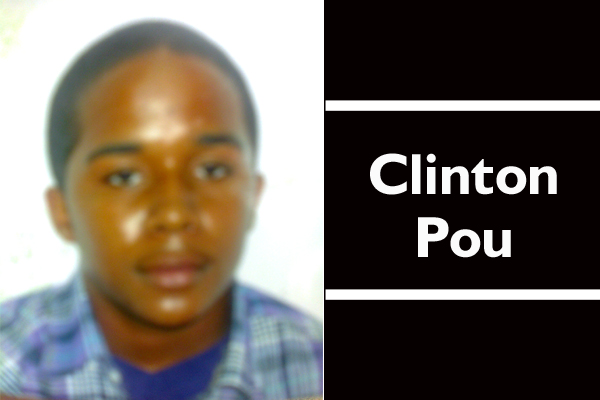 A 17-year-old young man from the St. Martin De Porres area of Belize City came face to face with death after being ambushed near his home sometime after 10:00 last night.

According to police, Clinton Pou was coming from Tibruce Street, heading towards his home at #179 Jasmine Street. While walking on Poinsetta Street (which connects the two streets), a dark-complexioned man approached Pou from behind, pointed a handgun in his direction, and fired a shot which caught Pou in the right cheek and exited through the left side of his neck.

Fortunately, the shooting victim was not seriously injured, and today, Amandala spoke to his mother, Dorla Foreman, who told us that when she heard the shot, her son – who went looking for his girlfriend – immediately came to mind, for some reason.

Foreman said that she left Pou at home and she would normally be at church at that time, but had instead gone to make an unusual visit to the house of one of her neighbors for leisure purposes. While there, she said, she was beset by a dreadful, uncomfortable feeling.

Foreman explained that shortly after the incident occurred, a child who was with Pou came and told her that it was her son who had been shot, after which his brother rushed to the scene, which is a short distance away from where Pou lives. He found Pou in a conscious state, although he had lost a lot of blood.

According to Foreman, Pou normally travels by means of bicycle, but for some reason, he chose to walk to his destination last night. She also said that while Pou is not known to be involved in any gang-related activities, he has many friends, some of whom may be gang members.

Foreman informed us that the night before, she and her son were engaged in a conversation in which he spoke about wanting to go back to school, and keeping off the streets and out of bad company.

The concerned mother cited that since February of this year, she has been trying to get Pou to stay out of trouble and go to church, and believes that, based on his reaction to the incident, he will make the most of the “second chance” that he has gotten by making adjustments to his life and spending more time at home with his family.

Pou’s family told us that the shooting might have been as a result of his association with the wrong company.

Foreman’s message to the perpetrators was simple: “I don’t wish bad for no one. I leave it in the Lord’s hands.”

As part of his recovery, Pou will require surgery for some of his bones, which were broken by the bullet, said his mother.