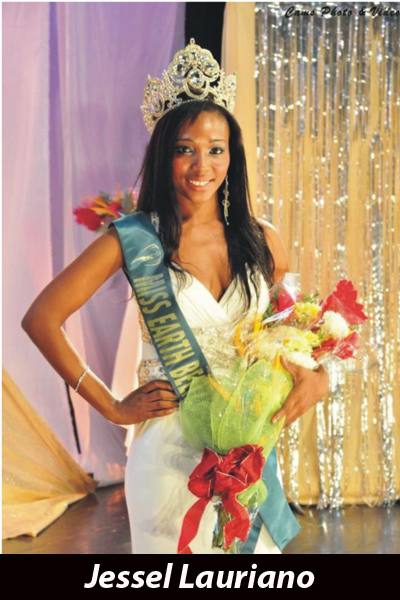 A new Miss Earth Belize was crowned Saturday night at the Bliss Center for the Performing Arts, and she is Jessel Lauriano.

A total of four contestants — Katalina Jones, Claudia Lara, Jessel Lauriano, and Idolly Saldivar, vied for the coveted title, with the winner to represent Belize in Bali, Indonesia.

Jessel was the third of the four contestants to step onto the stage, and when she did, she did so with great confidence, displaying her costume made of environmentally friendly materials, including coconuts.

Idolly also came out strong in the beginning, and immediately, it was clear that the fight for the crown would be between these two contestants.

After the introductions of the judges, the women then strutted onto the stage in lovely aqua-colored bathing suits, modeling like experts and showcasing their toned bodies.

A cultural dance was then performed by Regina Cervantes, while a song was rendered by Mrs. Sandra Bradshaw.

Next came the evening gown segment, which was followed by the question and answer segment, the make-or-break moment in most pageants.

The ladies modeled their evening gowns while being escorted by members of the Belize Coast Guard. But one gown stood out more than the others and it was worn by Idolly Saldivar. Her gown was made of cotton and the bodice of the gown sparkled with what everyone thought were gems or sequins. But alas, they were common pins that were glistening under the limelight, impressing most, if not all, of those in attendance.

The question and answer segment was next and, as expected, it shook the contestants’ composure a bit. But they recovered quickly and were able to answer their questions effectively and sensibly.

The contestants had now made it through the toughest part of the pageant, and it now lay in the judges’ hands.

Jessel and Idolly were then asked to go center-stage as the winner was about to be announced. The ladies held hands, for what must have seemed like hours to them. Finally Idolly was announced as the runner-up, and the winner was Jessel.

The ladies hugged each other and the outgoing Miss Earth, Kimberly Robateau, then stepped forward to crown her successor. Jessel then took her first walk across the stage as Miss Earth 2012 – 2013.

“Oh my God, I can’t believe I won!” Those were the words from Jessel as she made her way off the stage to hug well-wishers and her family, showing off her captivating smile as she did so.

The pageant was hosted by Dale McDougal and Hyacinth Latchman-Cuellar, and the judges were former Miss Belize queens Tanisha Vernon and Josephine Gault, and Carlos Perrote.