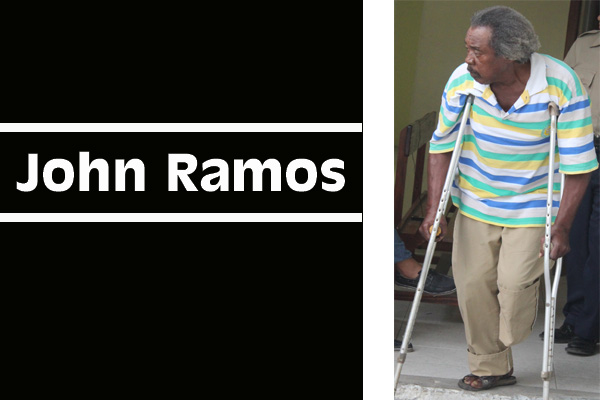 The conviction was his 9th for that particular offence

John “Sad Man” Ramos, 66, an amputee and resident of La Democracia Village, Belize District, was sentenced to one year in prison after he pleaded guilty to possession of a controlled drug in the court of Senior Magistrate Sharon Frazer.

Ramos is no stranger to the courts for that particular offence, having had eight previous convictions for marijuana possession. When he was convicted for his last offense, he was fined $750, plus $5 cost of court. He paid $730, leaving a $20 balance.

According to the police statement, Ramos was in the area of the Commercial Centre when police decided to search him. They found 29 grams of marijuana, which Ramos had stashed under the waist of his pants.

Police believe that Ramos was about to sell the marijuana to fishermen who frequent the area.

Ramos lost the use of his left leg some years ago, and uses a walking stick, so he had to be assisted into the police vehicle that took him away to begin serving his sentence.