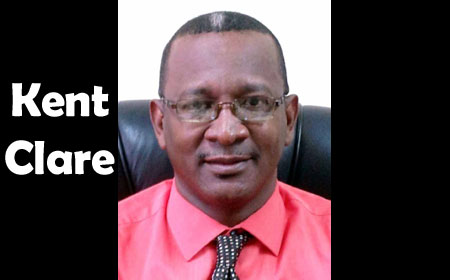 BELIZE CITY, Mon. Oct. 17, 2016–Former Income Tax Commissioner, Kent Clare, is the new head of the Financial Intelligence Unit (FIU), the chief function of which is to counteract financial crimes. The FIU is also tasked with sharing information and cooperating with foreign financial intelligence units in the fight against financial crimes.

Information reaching our newspaper is that Clare assumes the position as head of the FIU following the departure of Joy Grant, who moved over to the Central Bank earlier this month. Grant replaced Glenford Ysaguirre as Governor of the Central Bank.

Clare has worked for decades at the Income Tax Department, and he was appointed as Commissioner of the department, effective January 1, 2011.

Clare is the third career tax administrator to lead the FIU. Former Income Tax Commissioners Geraldine Davis and Eric Eusey have also served as directors of the FIU — appointed in 2006 and 2014, respectively.

Keith Arnold first held the post when the FIU was set up in 2002.