Ketoconazole could lead to liver damage and adrenal problems 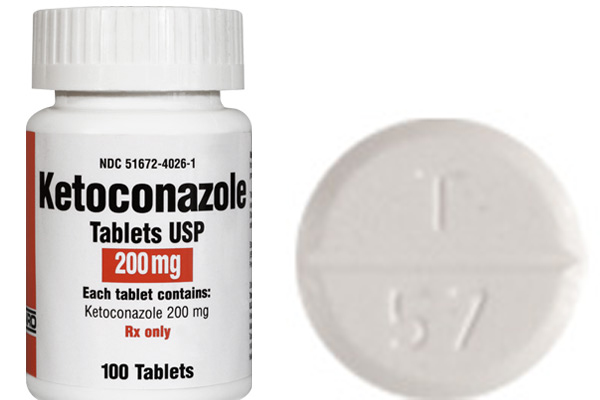 The Ministry of Health moved today to issue an advisory on a widely used oral antifungal drug – ketoconazole – which had been banned two years ago in France and which was recently banned in Europe over concerns that the drug leads to liver damage and adrenal problems.

“The risk of liver injury is greater than the benefits in treating fungal infections,” said an announcement by the European Medicines Agency’s (EMA’s) Committee on Medicinal Products for Human Use (CHMP) dated July 26, 2013.

EMA recommended the suspension of oral ketoconazole-containing medicines throughout the European Union – and that news alert found its way to Belize.

Chief Pharmacist Sharon Anderson told Amandala this evening that they learned of the warning about two weeks ago and after internal discussions with other ministry officials, they decided to issue a press statement today.

ssible time to seek out the best solution available.”

It added that, “Doctors across the country are strongly advised to switch to newer, less toxic medications. The Ministry of Health strongly advises that ketoconazole be used only for cases where patients are unable to tolerate other therapies or when other medication options are unavailable.”

Anderson said that they have confirmed that the drug is in use in Belize. When it was first introduced some years ago, it was imported under the brand-name Nizoral, which came in a yellow and white box and it was rather expensive. Subsequently, the Government of Belize started to import a more generic version of ketoconazole, which has been on the list of medications for the National Health Insurance Scheme.

The Ministry of Health notes that the warning is only of concern to persons who are on oral ketoconazole – either tablets or liquid taken by mouth.

The drug is known to be prescribed in Belize for people with compromised immune systems – such as persons living with HIV/AIDS – as well as persons with nail fungus or those who need to be treated systematically for fungal infections.

According to Anderson, ketoconazole is “a very good anti-fungal” treatment; however, post market surveillance in Europe has found it to be detrimental.

“There has been no associated risk, for now, for those who are only using it topically (externally on the skin),” it added.

Shampoos and creams which contain the drug are not a concern, Anderson explained.

Anderson said the drug alert has been shared with the pharmacists as well as wholesalers.

In July, the US-FDA issued a notification that it would limit the use of Nizoral (ketoconazole) oral tablets.

It added that the drug may be associated with severe liver injury, harmful drug–drug interactions and adrenal gland problems.

“Nizoral oral tablets should not be a first-line treatment for any fungal infection,” the FDA stated in a July 26 press release.

According to the FDA alert, Nizoral oral tablets may decrease the body’s production of corticosteroids, and physicians should monitor adrenal function in patients with adrenal insufficiency, borderline adrenal function and those under prolonged periods of stress (e.g., major surgery or intensive care).

It also noted that Nizoral also may interact with other drugs and may cause serious and potentially life-threatening outcomes, such as heart rhythm problems.

BELIZE CITY. Wed. Jan. 19, 2022-- There continues to be a rapid increase in the number of COVID-19 cases in the Americas. In the...
Read more
Features

There are a variety of governing and political systems that are practiced throughout the world; most fall within the Democratic, Communist and Socialist systems,...
Read more
- Advertisment -