KHMH and Medical College of Wisconsin partner for emergency training 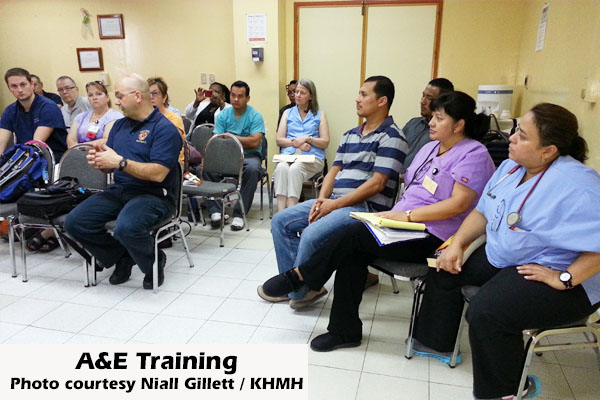 The Karl Heusner Memorial Hospital (KHMH) this morning announced a new initiative being undertaken in partnership with the Medical College of Wisconsin for a two-year residency program to train Belize’s emergency response personnel, under the Belize Emergency Development Program.

KHMH spokesperson Niall Gillett told Amandala that the training—which should bolster the country’s trauma response—is especially needed since the country of Belize has been seeing an upsurge in shootings and killings.

He said that the capacity-building project is being developed through the University of Wisconsin, whose chief liaison is Dr. Mark Bruce, who has been collaborating with them since 2005.

The Belize Ministry of Health is also partnering in the initiative.

According to Gillett, the medical college is bringing in teachers to train Belizean doctors, nurses and personnel from the Belize Emergency Response Team (BERT). The intent is to improve on the strategic plan for managing trauma.

The next leg of training takes place in May 2014 and in 2015, the second year of the collaboration, Belizeans will travel abroad for training in Wisconsin.

The team which is led by Bruce—the American College of Emergency Physicians’ ambassador to Belize—also includes head nurse RN Christine Feierstein of the University of Wisconsin-Milwaukee.