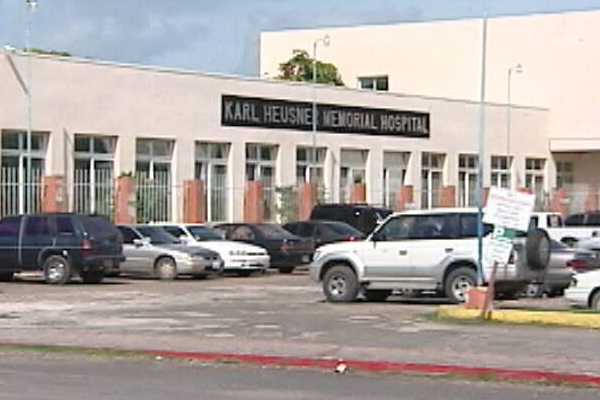 The long awaited salary adjustment for teachers and public officers from the Government of Belize (GOB) will come into effect this month, and will be retroactive to April 1; however, Amandala understands that the over 600 employees of the Karl Heusner Memorial Hospital (KHMH) – who are considered public officers – will not be eligible for that raise, since the hospital is run as a statutory body.

Chairperson of the KHMH Board of Directors, Chandra Nisbet-Cansino, today told the media that the KHMH Board has since intervened in order to get to the bottom of the situation and find out the exact reasons why GOB has excluded the hospital’s staff from being entitled to that raise.

She said, “I am made to understand that a discussion was held with the [trade] unions and the members who will be receiving the increase. I understand that they actually, and I stand to be corrected, that the unions actually asked that KHMH staff be excluded because that would increase the amount, because remember that it is a certain amount that is being divided between a certain amount of employees. We have about 600 employees on staff [but] they are not included in the automatic increase for public officers. We were made aware of that pretty soon after the meeting was held and so the board took the initiative to write to the Ministry of Finance to ask that staff of Karl Heusner be included in the increase.”

Cansino explained that even though the KHMH employees are public officers, the hospital itself is in a “very unique position” because it is still considered a statutory body despite the fact that the public facility gets a significant subvention from the Ministry [of Finance] which goes primarily to staffing and to paying their wage bill.

While that may be unpleasant news to the KHMH employees who at this point seem to have been left out of receiving the 6% pay raise, Cansino further mentioned that the Ministry of Finance has not yet responded to the letter from the KHMH Board which was sent sometime last week.