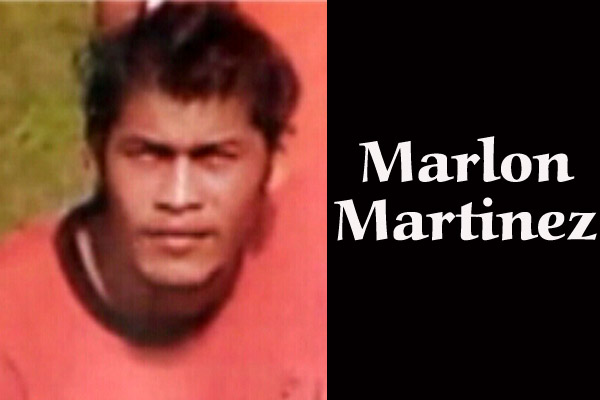 One chopped in the head during argument while drinking; the other stabbed to death by irate car driver

Two men were killed in separate altercations – one in Silk Grass Village and the other in Bella Vista. Blas Alvarado, 39, of Silk Grass, was chopped in his head while drinking in front of a store in the village at about 5:30 p.m. on Friday, and Marlon Anthony Martinez, 32, of Bella Vista, was stabbed in his heart during an altercation at about 12:30 a.m. on Sunday while walking home after a party in Bella Vista.

Police said that Fidio Mendez, 45, a Honduran residing in Silk Grass, was arraigned for the murder of Alvarado in the Dangriga Magistrate’s Court on Tuesday, July 9. He was remanded to the Belize Central Prison until October 22, when he will be taken to face charges in the Supreme Court, to which his case will be traversed.

In the case of the death of Marlon Martinez, Jose Montes, 31, was arrested and charged with murder and attempted murder, said Independence police. He was taken to the Independence Magistrate’s Court on Tuesday, July 9, and was remanded to the Belize Central Prison until October 22, when he will be returned to face charges in the Supreme Court, to which his case was also traversed.

The altercation which led to Alvarado’s death occurred on Friday evening, July 5, around 5:45 p.m. while he and Fidio Mendez were drinking in front of a store in the village. In the course of the argument, Alvarado reportedly took out a knife and stabbed Mendez. When Mendez began to bleed, Alvarado allegedly told him, Mendez, to kill him, because he did not want to go to jail, and that was when Mendez took out his machete and chopped Alvarado in the head, splitting his head from the left eye almost to the back of the head.

Witnesses said that Mendez then ran away.

Alvarado fell to the ground, bleeding. Witnesses quickly called 911 and the police. They said that they did not get a response from 911, and no ambulance came to the scene to render aid. However, a man from the village who owned a pickup truck drove up and took Alvarado to the Dangriga Hospital. Doctors at the hospital stabilized him and sent him to the Karl Heusner Memorial Hospital, but he died on arrival. The body was taken to the morgue, where an autopsy was carried out that certified the cause of his death.

The events leading to the death of Marlon Anthony Martinez occurred while he was walking home along with two friends after a party in Bella Vista village at about 12:30 a.m. on Sunday. A car reportedly approached and drove close to them while the friends were walking. Martinez reportedly slammed on top of the car and told the driver to be careful.

The witnesses told police that the car then stopped, and a man, armed with a knife, jumped out and attacked Martinez, stabbing him in the chest – rupturing his heart. Martinez then fell to the ground.

People in the area who saw what happened were about to mob the unconscious attacker, but the police who were also in the area intervened by firing in the air to disperse the angry crowd.

The witnesses said that an ambulance was called, but a police mobile went to the scene and transported Martinez to the Independence Hospital, where he was declared dead on arrival.

Police immediately took the attacker, who was still unconscious on the ground, into custody. The witnesses positively identified him as Jose Montes, the man who had stabbed Martinez. (Reportedly Martinez as well had earlier identified his attacker.) Montes was charged for murder and formally arraigned in court on Tuesday.

Martinez’s family told reporters that precious time was lost before their loved one was picked up and taken to the Independence Hospital. They believe that if the ambulance had responded urgently, or if the police had acted quickly and taken him to the hospital immediately, his life perhaps would have been saved.