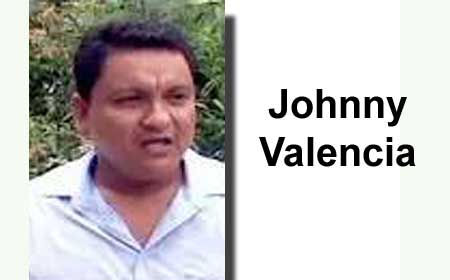 In the presence of her parents, the minor told police that on the morning of Monday, June 12, she wasn’t feeling well and so she decided to rest her head on a desk inside the library.

She alleges that while she was in the library, Principal Valencia came up to her, grabbed her by the shoulders, kissed her, and touched her buttocks.

However, the child pushed him away.

According to the minor, Valencia told her that she was his favorite student and he didn’t know what he would do when she graduated. The child reportedly indicated that she wanted to vomit upon hearing that revelation.

The minor revealed that this was not the first time that Valencia violated her in such a fashion. She reported that he liked to kiss her on her cheeks, rub her breasts, and speak to her in a flirtatious tone. She said she never said anything to anyone because she was fearful.

On Wednesday, the matter was reported to police and Valencia appeared in the Belmopan Magistrate’s court for a single charge of sexual assault. He denied the allegations made against him.

Valencia was allowed bail and his case was adjourned until August 21.

Information to Amandala is that another female student, an 11-year-old in standard three at Monsignor Romero RC School in Valley of Peace, has reported having a similar experience with Principal Valencia.

The child alleges that in February of this year, the principal held her, and kissed her when she visited his office to ask for a bucket to water her plants at school.

Valencia has denied this incident, too.

This matter has also been reported to police, who confirmed to Amandala that investigations are underway and that more charges might be brought against Valencia.

In the meantime, Valencia remains on duty as a principal at that Roman Catholic school.

Information to Amandala is that Ministry of Education personnel are watching the case closely. A source says that if the school managers drag their feet and don’t take action, the ministry will be forced to step in while the matter remains before the court.