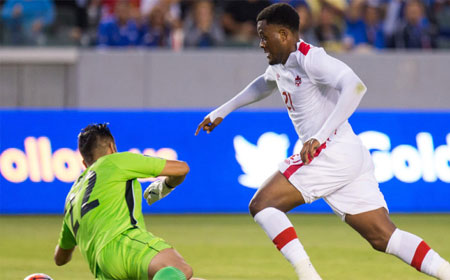 The Canadians will face Belize in a two-match series, hosting the Central Americans on September 4 at BMO Field in Toronto, before the return leg four days later at FFB Stadium in Belmopan.

“We need to maintain our concentration against Belize,” said Floro. “It is very important to score goals and continue our strong play at the back. We consider that this is a good team and we must treat them with respect because in eliminatory games like this there are no small teams.”

The roster is highlighted by Orlando City SC forward Cyle Larin. The 20-year-old has scored a team-high 11 goals in 2015 Major League Soccer play, one short of setting a league record for rookies.

Also earning selection is 22-year-old midfielder Russell Teibert, who was named MVP of the 2015 Amway Canadian Championship on Wednesday, after his Vancouver Whitecaps defeated the Impact de Montreal to lift the trophy for the first time.

Canada and Belize haven’t met since June 2004, when the Canadians captured a FIFA World Cup qualifying series, 8-0 on aggregate.

The winner of the series moves into a fourth-round group that already consists of Mexico, Honduras, and the winner of El Salvador/Curacao.