Latin America and Caribbean economy to grow 3% in 2014: IDB 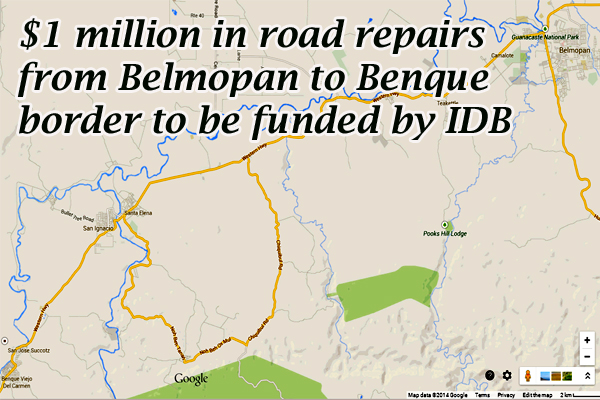 The Inter-American Development Bank (IDB) is forecasting that economic growth in the Latin America and Caribbean region, which includes Belize, will amount to 3% during 2014, according to a report released earlier this week.

It said that during 2013, the region’s economy grew by 2.7%. Of note is that latest statistical information from Belize authorities indicate that for the first nine months of 2013, the country’s economy has lagged well behind this regional average, at less than half-a-percent.

The Statistical Institute of Belize (SIB) reported national GDP expansion of a mere 0.4% for the first 9 months, with certain key sectors – including petroleum and agriculture – reporting challenges in production.

The IDB report said that on the regional front, “The year now coming to a close was marked by an external context that did not encourage a strong economic performance in Latin America and the Caribbean.”

It added that, “The high degree of volatility that rattled international financial markets and the fall in prices for basic goods took a toll on the region’s GDP growth, which averaged 2.7 percent.”

It went on to say that, “In 2014, the growth forecast for the economies of Latin America and the Caribbean as a whole is 3.0 percent.”

IDB President Luis Alberto Moreno said in his year-end report to the Bank’s Board of Executive Directors that, “a less favorable external environment, along with weak external demand over the mid-term and latent risks in international financial markets, will require the region to accelerate growth without depending on the external conditions that helped us in the past decade.”

Moreno added that, as a consequence, increasing potential output over the medium term through reforms focusing on bottlenecks that are restricting growth in productivity, internal savings and investment is a priority.

According to the IDB president, the Latin America and the Caribbean region needs to invest more in infrastructure, given the gap that exists in that area between the region and the world’s richest and most dynamic countries.

“Besides modernizing their highways, ports and airports, the countries of Latin America and the Caribbean must improve infrastructure and logistical services in order to lower transaction costs and make their industries more competitive,” he said.

The IDB’s last approved loan for Belize (December 2013) is a $1 million facility for works on the George Price Highway, from Belmopan to Belize’s western border with Guatemala, at Benque Viejo del Carmen.