Another Lebanese executed – 3rd in 3 months 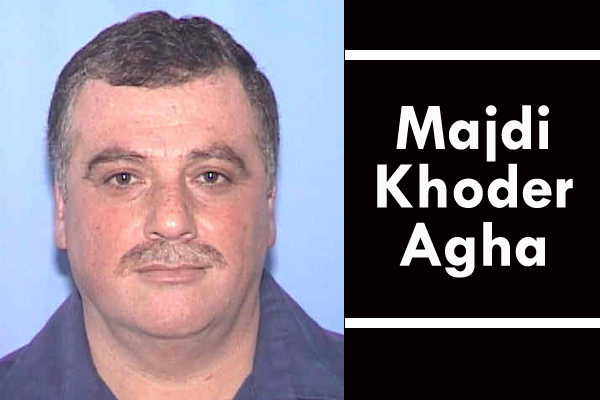 Majdi Khoder Agha, 51, was shot to death in front of his home

Majdi Khoder Agha, 51, a Lebanese Belizean of Keating Crescent in the Buttonwood Bay area of the city, was gunned down in front of his house at about 9:00 a.m. on Tuesday. He was shot multiple times in his head and body and died on the spot.

Reports are that when Agha got out of his car to open his gate, a masked gunman who was lay-waiting him in his yard shot him about six times. The gunman then escaped.

Agha was taken to the Karl Heusner Memorial Hospital, but was declared dead on arrival.

He reportedly had just driven up to his home after dropping off his daughter at school and had parked in front of his gate. Neighbors say that after Agha was shot, they saw the shooter jump over the fence and run off, inserting the gun back under the waist of his pants while doing so, and shortly after, they heard a car speed away, which they believe was the getaway vehicle.

A witness who was working in the compound of attorney Rodwell Williams, which is in front of Agha’s house, said that he heard one shot first, and thought that it was a “pop shot,” then about five more shots rang out in quick succession.

Shortly after, he heard the scream of Agha’s wife, who was with him in the car along with their baby. The witness said that when the shots exploded, he and his other fellow workers who were working in the yard hesitated to go to help, fearing that the shooter was still lurking in the yard.

Agha’s wife, however, screamed and gestured for help. They then went to the gate and saw Agha on the ground between the car and the gate. He was suffering from multiple gunshots. One of the workers said that he quickly called police, who responded shortly after.

The workers said that there are surveillance cameras in the area, which they believe will assist police in their investigations.

Agha is the third Lebanese businessman to be killed in the city within three months.

Mohamed Dib was killed while eating lunch in Agha’s restaurant, the King Kabab, located in the Farmers Market, at about 12:30 p.m. on Monday, October 22, 2012. A gunman went into the restaurant and shot Dib about 9 times. He died almost immediately.

Two days later, on Wednesday, October 24, Alfred Shackron had just exited the Body 2000 Gymnasium on Coney Drive when a car drove up and stopped in front of him. Two men got out of the car and tried to force him into the car, but he resisted.

One of the men then fired three shots at him, killing him on the spot. The men got back into the car and drove away towards Buttonwood Bay.

Witnesses told police that a second vehicle almost immediately drove up and stopped near Shackron, who was lying on the pavement in front of the gym, bloody and apparently dead. Two men got out of the car and walked around him briefly, to make sure he was dead, then they got back into the car and sped off, also towards Buttonwood Bay.

In a press brief at the time, police had said that they believed that the two murders were an organized hit on the men, having to do with a business deal gone sour.

No one has yet been arrested or detained for any of the two murders.

Police have not indicated whether the death of Agha is related to the deaths of Dib and Shackron.

Agha has been living in Belize for over 30 years. He was married and was the father of five children.