Life in prison for Japheth Bennett, 20 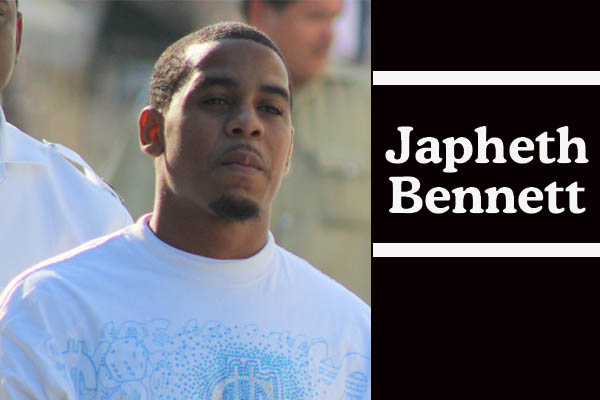 “I have accepted that the jurors found me guilty, but as there is a God above, I did not kill him”

On Monday, February 25, Japheth Bennett, 20, was found guilty of killing Ellis Meighan, Sr., 37, on September 13, 2009. Today, Thursday, he was sentenced to life in prison by Justice Adolph Lucas, Sr.

Meighan was shot in the back of his head, while at the corner of Banak Street and Central American Boulevard. A statement from Meighan’s brother-in-law, Marlon Middleton, had to be admitted into evidence by the officer who recorded it because when Middleton took the stand, he denied that he told police everything that was in the statement.

That statement turned out to be the proverbial nail in the casket for Bennett, as it stated that Middleton saw him standing over Meighan’s body, holding what appeared to be a black colored handgun.

Although Middleton had to be treated as a hostile witness by the prosecutor, the jury believed the statement he gave, and not his testimony from the stand.

Today, mitigation witness for Bennett, Samuel Higgs, was visibly emotional when he recounted his visit to Bennett at the Hattieville Prison in 2009. He said he was very shocked to learn of his incarceration, as he does not know Bennett to be that type of person.

According to Higgs, Bennett confided in him that it was not he who had killed Ellis Meighan, Sr.

He then begged the court to show leniency upon Bennett, and for him to be given a second chance in life.

When Bennett spoke on his own behalf, he told the court “I apologize for the struggle the family has gone through. I believe I did not kill Ellis Meighan, so I am asking you to have mercy on me and to give me back some time. I have accepted that the jurors found me guilty, but as there is a God above, I did not do it.”

After hearing the mitigations, Justice Lucas then sentenced Bennett to life in prison, but also advised him to behave himself while in there, as it could work out in his favor in the future. The sentence became effective October 4, 2011, the first time Bennett appeared before Justice Lucas.

Bennett became emotional after the sentence was given to him, shedding tears as the handcuffs were placed on his wrists, and as he was escorted back to the holding cell.

His mother was also emotional inside the courtroom when she heard the verdict, and outside, other family members voiced their disappointment in the verdict as they mentioned the many injustices that have occurred when “Murderers and double murderers walk free and they just send this young bwai dah jail fi life and he innocent.”