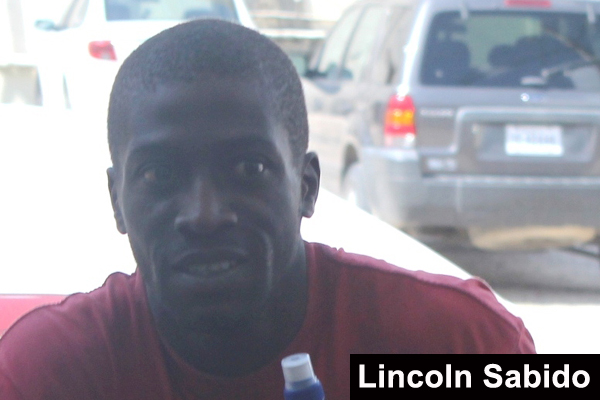 A Belize City man, accused of robbing a Chinese grocer at gunpoint and making off with around $3,500 in cash and assorted items, was remanded to prison after he was arraigned before Chief Magistrate Ann Marie Smith on Tuesday.

Lincoln Sabido, 29, a resident of 6755 Berry Street in the Lake Independence area, pleaded not guilty to four criminal charges police laid on him.

Police charged Sabido with one count of robbery and three counts of aggravated assault with a deadly instrument, a firearm.

Smith remanded him to prison until his next scheduled court appearance date, on August 8. Sabido will have to celebrate his 30th birthday behind bars, on July 6.

But after the Chief Magistrate read the charges to him, Sabido, in proclaiming his innocence before he left the courtroom, told the court that he had asked police to put him on an identification parade, but they refused to do so.

The three counts of aggravated assault with which he was charged refer to what was experienced by Randy Smith, Garret Casimiro and Desuo Li, who were at the shop when Sabido and another man allegedly committed the robbery.

According to police, the allegation against Sabido is that on Tuesday, April 29, he and another man robbed Ying Li Shop, located on Tibruce Street.

Police reported that the 37-year-old businessman, Desuo Li, who resides at 6391 Tibruce Street, where his shop is located, told them that on Tuesday, April 29, he was unloading items from his vehicle when two dark-complexioned men entered his shop, one armed with a firearm, and they ordered him to get on the ground.

Li said he complied, and the other attacker, who had a knife, stole the items and cash.

Both men then ran out of the store and escaped into the street. Less than a year ago, Lincoln Sabido was acquitted for the 2008 murder of Norman Reyes.