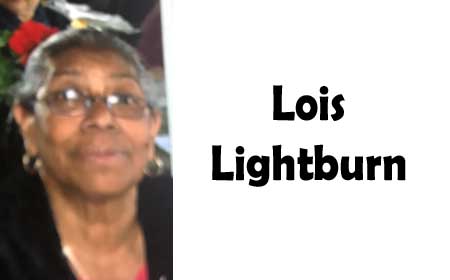 Lois had three daughters: Alva and Natalie Jeffries and Andrea Vernon. She enjoyed being a grandmother to Ryan Rogers and Bria Cross and doted on her two grandchildren.

She graduated from St. Catherine Academy before starting her career as a teacher, and served, for the remainder of her career, as a civil servant working at many government offices, including the Department of Income Tax and the Ministry of Finance. She also worked at the Magistrates’ Court.

After retiring from a career in government services, she moved to the United States to be with her family.

Lois was outgoing and sociable and had many friends. She loved to cook and was a huge fan of many sports, including baseball, tennis and golf. Her favorite sports team was the New York Yankees.

While she lived in New York, one of the highlights of her life was taking day and weekend trips to the casinos in New Jersey with her friends.

She will be sadly missed by her loved ones. Among them are her daughters: Natalie Jeffries and Andrea Vernon Cross of the United States and the late Alva Jeffries Sanchez; two grandchildren: Ryan Rogers and Bria Cross; four brothers and two sisters: William James Lightburn of Canada, Carl Michael Lightburn, Barbara Thurton and Camilla Morgan of the United States, Sydney “Stretch” Lightburn and Clinton “Pulu” Lightburn of Belize.

She is also survived by many nieces and nephews and cousins from the Moody and Lightburn families.

Funeral services will be held at St. Ignatius Church on Saturday, June 24 at 10:00 a.m.

As a matter of fact, from the outset the GWU supported the People’s Committee (PC); its founder and only President during the seven years...
Read more
- Advertisment -