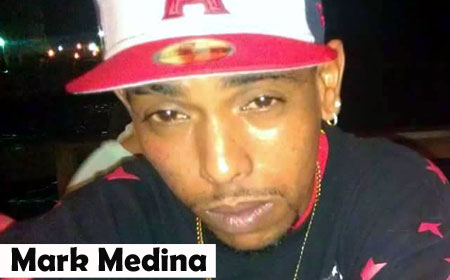 BELIZE CITY, Tues. Apr. 28, 2015–The second of two men who suffered gunshot wounds unfortunately lost the fight for his life at about 8:20 p.m. yesterday, Monday, less than 48 hours after the incident.

The victim, Belize City taxi operator, Egbert Hemmans, 55, had been admitted to the Karl Heusner Memorial Hospital (KHMH) in a critical condition on Sunday morning after being shot twice—once in the chest and then in the abdomen while sitting in his vehicle.

The incident occurred shortly after 10:00 a.m. this past Sunday, April 26, in the area known as “Crenshaw” on Iguana Street in Belize City, when Hemmans had taken Mark Medina, 31, a known gang affiliate who was apparently marked for death, to recover some items from a house that is located on that street.

Police said that moments after Medina exited the taxi in front of #19 Iguana Street, he was ambushed and riddled by the bullets of a masked gunman who was lying in wait for him.
Eyewitnesses said that Medina briefly struggled with the dark-complexioned assailant, but during the scuffle, he fell to the pavement, which is when the gunman allegedly stood over him and callously shot him several times in the head.

After shooting Medina, the brazen gunman also turned his weapon on Hemmans, who later was able to drive himself to the KHMH, where he reportedly collapsed and had been in a critical condition up until the time of his death yesterday.

As Medina’s body lay sprawled on the sidewalk in a gathering pool of blood, the gunman reportedly removed the mask from his face, jumped onto a motorcycle and drove off.

Police reported that when they arrived at the scene, they saw Medina – known as “Tulu-wanka” – with multiple gunshot injuries to his face and neck, after which he was later transported to the KHMH, where he was pronounced dead on arrival.

According to Head of Belize District Crime Investigations Branch (CIB), Superintendent Hilberto Romero, several persons have been detained for questioning in connection with the shooting, and investigators are currently conducting interviews and recording statements, but so far, no one has been charged for the callous broad daylight slaying.

He added that police have implemented patrols in the area to prevent anticipated acts of retaliation.

Police today said that they are still at a loss as to the motive for the shooting and have no further information on the incident except that Hemmans had been caught in the crossfire simply because he took Medina to the area.

While police said that no motive has been established for Medina’s murder, his family is of the opinion that he was lured to his death. He had been known as a feared member of the reputed George Street Gang, but according to relatives, he had been trying to change his life since being released from prison last year.

Medina – who was well known to the police – had been in and out of trouble with the law for over a decade, and had been accused of a number of offenses in the past, including murder and robbery.

Just a little over a month ago, on March 24, there was an attempt on Medina’s life at around 9:00 p.m. as he walked towards his Grey 2000 Honda Accord car on East Collet Canal in Belize City.

Several shots were reportedly fired at him as he was opening the door on the driver’s side; however, Medina managed to jump in the vehicle at the time and drive off uninjured.

That incident ironically happened on the fourth anniversary of the death of his brother, Shamir Medina, 19, who was shot and killed near their family home on Plues Street in late March of 2011.

Speculations are that Medina was wanted by a Mexican cartel due to a drug deal gone wrong where he had reportedly come into possession of a significant quantity of drugs, but yesterday, police would only confirm that Medina had been trying to recover some items which were owed to him by someone who lives at #19 Iguana Street.

That individual reportedly called him to go and retrieve them on Sunday; however, he/she was not at home at the time, and while Medina stood outside on the phone probably trying to contact the said person, the gunman ran out from under a nearby mango tree in a nearby yard and shot him.

Last September, Medina was charged with displaying gang membership insignia after police said that they caught him showing off a “GSG Gaza” tattoo on his body. He had pleaded not guilty to the charge.

On June 2, 2009, a murder charge against Medina was withdrawn when the prosecution could not produce an eyewitness for the murder of Chinese businesswoman, Cuisi Zhou Xiu, who was killed during a robbery that occurred at her store on May 20, 2007.

Xiu’s daughter and son were also shot in that incident.