Mexican State Police step up efforts to capture criminals, drugs and guns on the Mexican highways 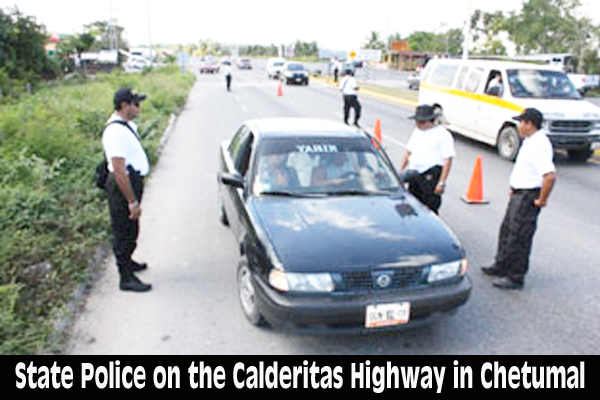 The Mexican State Police of Chetumal, Mexico, have brought into use a Filter Review System to capture individuals for whom arrest warrants have been issued, guns, ammunition, drugs and stolen vehicles, by installing surveillance cameras and maintaining database stations on the federal highway between Chetumal and Bacalar, to the village of Huay Pix in the Chetumal area.

The systems were installed yesterday. Police operate a checkpoint where vehicles travelling on the highway must stop and the names of the occupants of the vehicles are loaded into a database to make checks on their identity before clearing them. A camera also scans the vehicles for illegal and contraband goods.

According to Diario De Chetumal, the database has been used to clear over 300 vehicles and 400 people since it was put into operation yesterday.