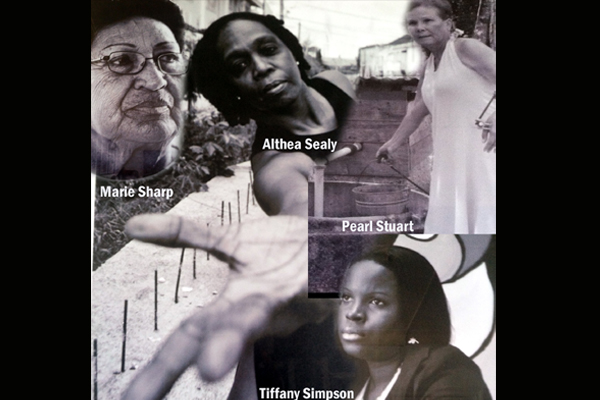 Briheda Haylock is the talented artist who put together the exhibit which highlights these accomplished women. Twelve of the twenty-two women nominated for the photographic highlight have their pictures displayed at the House of Culture in Belize City.

Haylock told us that she was contacted by the Special Envoy’s office and commissioned by them to undertake the project.

“The idea was to showcase how women have evolved in society… When I met them, it was not just to say hello, but I asked them questions about their journey,” she explained.

“They had to be the first to accomplish what they had,” she furthermore explained.

Haylock said that she loved the idea of what Belize used to look like in the past, and so she tried to capture some of that history in her imagery.

One piece which stands out is a graceful image of Pearl Stuart filling a galvanized bucket at a well. It was captured at Gilvano Swasey’s farm in Maskall Village.

The exhibit of black and white snapshots was launched on Friday, May 30, 2014, and will remain open until Friday, June 13.

It was organized and launched through the office of the Special Envoy for Women and Children, Kim Simplis-Barrow.