Ministry of Health fell asleep at the wheel 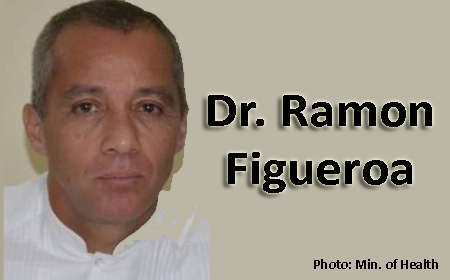 BELIZE CITY, Mon. Dec. 5, 2016–The Ministry of Health may owe an estimated 25 million dollars to ten companies from which it procured low quality pharmaceuticals that have been possibly jeopardizing the health of Belizeans for an indefinite period of time.

In an exclusive interview with KREM’s Marisol Amaya last week, CEO in the Ministry of Health, Dr. Ramon Figueroa, said, “I can’t say with certainty that some of the providers gave us medication and items that did put the population at risk. What I can say, is that because we were not enforcing those standards, there is a high possibility that that could have happened.”

According to Figueroa, in most cases the providers of the country’s pharmaceuticals held certificates from the parent companies of the products, but lacked general certificates of manufacture and certificate of quality for items for which they had bid.

Additionally, he revealed that when providers delivered their pharmaceuticals to the central medical store, they sometimes changed the presentation that was agreed upon by contact.

For instance, if a 500 mg bottle of antibiotics was ordered, it would be delivered in two bottles of 250 mgs.

The CEO in the Ministry of Health has conceded that his Ministry fell asleep at the wheels.

“We weren’t really doing strict monitoring of contractual agreements. So when the contract was signed, we assumed that the provider was adhering to it,” he said.

As a result, contracts for providers have not been renewed since last March when they were due for renewal.

Instead, they were extended until the end of September. When September rolled by, Dr. Figueroa reported that the Ministry of Health still had sufficient pharmaceuticals, and so again, the contracts for providers were not renewed, but instead, extended.

According to Dr. Figueroa, this delay was intentional so as to allow the tendering committee, which is comprised of 7 persons, to review each application.

After a review of the pharmaceutical providers, those who were not fully compliant with certain standards were given until the start of the next financial year to become so.

If they fail, they will not be allowed to provide pharmaceuticals to the country. Additionally, in cases where pharmaceuticals were provided outside of what the contracts stipulated, the Ministry of Health will not compensate the providers.

According to Dr. Figueroa, the Ministry of Health will soon commence advertisements for tendering for the next financial year.