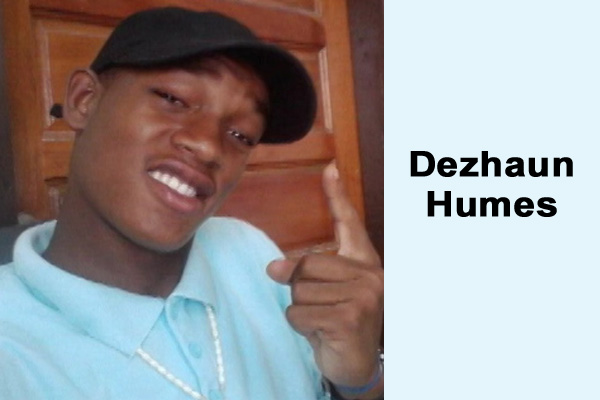 A disturbing premonition a mother had all day Friday, March 14, that something bad was going to happen, proved true when her son was shot four times later that night.

Dezhaun Humes, 19, was reportedly returning from buying food for his girlfriend when an unknown assailant/s fired several shots in his direction near his home on Jane Usher Boulevard.

Humes – who is a student at Wesley College Evening Division – was shot in his mid and lower body and yesterday, his mother, Francine Pitts, told us that for some bizarre reason, ill feelings had been brewing inside her prior to the incident until she received a frantic call from her son’s girlfriend around 11:00 p.m. on Friday night.

Pitts said, “My son was returning from buying food for his girlfriend, and upon his arrival back home, he encountered the person who shot him between 10:30 p.m. and 11:00 p.m. I got the call at 11:00 p.m., but to be honest, I felt a pain in my stomach for the entire day, and I can’t tell what that pain was about, but I also had a constant feeling that something would go wrong.”

Humes was shot in his foot, pelvis, hand and spine, and is in danger of being paralyzed, as a bullet remains lodged in his spine.

His mother told us that he would have to wait until today, Monday, in order for a neurosurgeon and spine specialist to come in and review his condition, and the hopeful mother, who said that she is a believer in miracles, mentioned that despite a grim prognosis on the prospect that Humes would be able to walk again, she is leaving that outcome in the hands of God, whom she thanks for sparing her son’s life.

Although she does not have any idea who may have carried out the shooting and hasn’t yet received any word on the investigations from the police, Pitts says that she prays a lot and believes in justice, but stated that only God is able to deliver true justice.

Francine Pitts is the mother of then 8-year-old Eyannie Nuñez, who was shot and killed in September of 2010 – a senseless murder that caused an outcry from the public.

We asked Pitts how she finds the strength to deal with this latest tragedy. She explained, “The strength comes from God; He gives me the strength, and, in His words, He has said that he will not leave us or forsake us and I believe Him. I forgive those who hurt my children because we are living in perilous times and the Devil is like a roaring lion seeking victims to devour.”

Police have yet to detain anyone in Humes’ shooting, and interestingly, the shooting has not yet been reported in the police’s daily release.

Today, Amandala spoke to Corporal Jorge Lemus, administrator at Police Precinct 2 in Belize City, and he mentioned that they do have a suspect that they are seeking, but he has not been detained as yet.