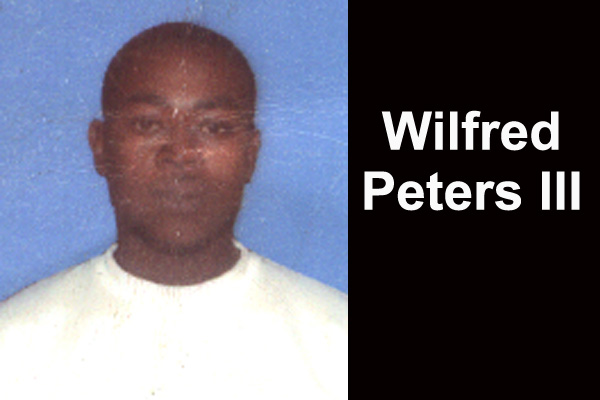 Gunman stood guard at back door; his accomplices kicked down the front door, went inside and shot Peters multiple times

Wilfred Peters III, 26, the grandson of the beloved musician and Belizean cultural icon, the late Sir Wilfred Peters, died almost instantly after three killers stomped down his door, went into his house in the Racoon Street Extension area, and shot him about 6 times in his head, face and body. The incident occurred at about 1:30 this morning.

Neighbors told Amandala that about five men went to Peters’ house: one stationed himself at the back door, and another stood guard at the front door area, while the other three kicked down the front door.

When Peters got out of his bed to see what was happening, one of the gunmen shot him. The killer then stood over him and fired multiple shots into his head and body.

The murderers then ran out of the house and escaped.

Neighbors, alarmed by the noise of the door being kicked down, and the explosions of the murderous gunfire, quickly called police, who rushed to the scene of the crime. They conducted a search of the area, but the killers had already escaped.

Peters was taken to the Karl Heusner Memorial Hospital, where he was declared dead on arrival, at about 3:30 a.m.

Wilfred Peters II, the grieving father of Peters, told Amandala that he was at home in his bed when at about 2:00 a.m. a neighbor of his son called him and told him that police were in his son’s house, but that prior to that, they had been alarmed by the sound of gunshots in the house.

The father said that he quickly went to his son’s house to see what was happening. On his arrival, he saw policemen in the house, and when he went in, he saw his son on the floor in the hall, with multiple gunshots.

In his view, the killer must have stood over his son and shot him at close range. Peters III was shot in his head and forehead, and also in his back, legs and abdomen, said the grieving father. His son’s bloody murder was shocking to him, he said, because his son had never complained that he was being threatened, and had never mentioned having a “beef” with anyone.

The father has speculated that his son was killed due to jealousy, because Hon. Boots Martinez had just given him a house, and he had been promoted to the post of supervisor in the poverty alleviation project. He had just received the house about a month ago, and was in the process of furnishing the house and had gotten the electricity installed just last week.

Peters II stayed in the house as watchman, while Peters III’s girlfriend remained in the house they had been renting. Peters said that the only information he has received which could pinpoint a possible reason behind the murder was a report that his son had been involved in an argument with three men by a Chinese store in the area.

The family is devastated by the brutal, senseless killing of Wilfred Peters III. Peters said that his family and friends were planning to come together to have an activity in honor of his father, Sir Wilfred Peters, and now they will instead be gathering for the funeral of his grandson.

He said that his grief is unbearable, particularly because Wilfred Peters III was his only son, although he has stepsons and stepdaughters. Those who knew Peters knew him as a hard worker, who was dedicated to his job and was rewarded by being promoted to supervisor.

Police are following several leads, but so far, no one has been arrested for Wilfred Peters III’s murder. His body is presently at the Karl Heusner Hospital Morgue awaiting a post-mortem.

Wilfred Peters III is the father of one child. He is survived by his father, Wilfred Peters II, his mother and a host of uncles, aunts, cousins, other relatives and friends.