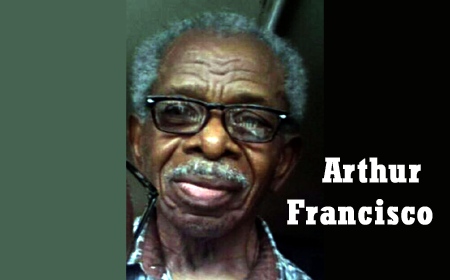 Francisco was the face of Pou’s Meat Pies, which began 44 years ago on the south side of Belize City.

However, his family told us that his common-law-wife, Rosalia Pou, was the driving force behind the perfectly crusted, well-proportioned and flawlessly flavored meat pies.

Together, Francisco and Pou began their franchise in 1973 on Albert Street. At that time, their business was competing with the restaurant known as “Dits,” on King Street, in the meat pie industry.

In the early 80s, they relocated to #36 New Road, where the business can still currently be found.

Pou’s Meat Pies’ patrons were not only from Belize, but also included visitors to the Jewel. Patrons not only had to be there on time, because the number of pies made was limited, but they also had to wait, because there were many customers, and no one was allowed to jump the line.

They did not lament the wait, however, because the pies were worth waiting for.

Today, Monday, we visited Pou’s Meat Pies and spoke to some patrons.

One man told us that he had been buying meat pies from Pou’s since they were located on Albert Street. He told us that the quality of their meat pies had remained consistent over the many years that they have been in existence.

Another man told us that if a customer was seen smoking or was not well-attired or used profanity, Mr. Francisco simply would not serve him or her. He added that Mr. Francisco taught him patience while he waited for his greatly desired meat pies.

Mr. Francisco was not only the “meat pie man.” One of his daughters told us that in his younger days, he had worked as a photographer.

She also told us that in the 1960s, he had represented Belize in the Commonwealth Games as a weightlifter.

Whether you knew him as Mr. Francisco or Mr. Pou, or whether you bought meat pies from his shop or not, you knew that “Mr. Pou” was a Belizean household name and a legend in his own right.

A funeral service will be held for him over the weekend at the Central Assembly of God Church on Freetown Road. He is predeceased by his common-law-wife, Rosalia Pou, who passed in May 2011.

He leaves behind three children, who say that they will continue the business.