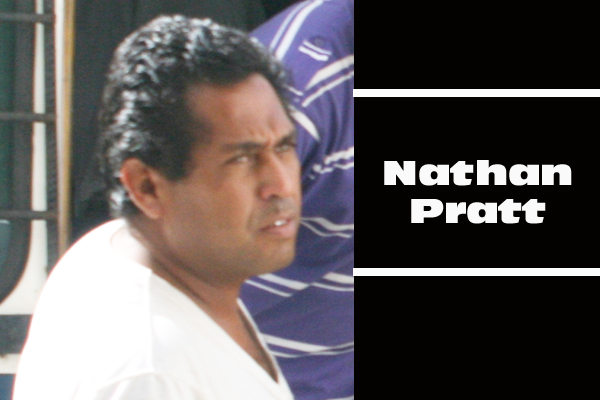 Today, Nathan Pratt, 43, a resident of Vista Del Mar, was taken before Magistrate Dale Cayetano, where he was charged with theft.

But later that day, the supervisor was informed that the abovementioned items had not been delivered.

When he arrived at work at 8:00 the following morning, the supervisor found the delivery truck parked on the company compound. When he checked the truck, he realized that (1) black radio and amplifier valued at $100; (1) red 2-ton bottle jack valued at $40; (2) black and grey speakers valued at $1,200 were all missing from the truck’s interior. All the stolen items added up to $2,722.90, and are the property of Enrique Martinez and Sons Limited.

When he appeared in court today, Pratt was unrepresented and was quick to plead guilty to the charge, telling the court that he did not agree with all the items that they said were missing, but that he did steal from his boss nonetheless, and is a drug addict.

Pratt further stated that he has had two relapses for 2012 and that this is the first time he has ever done something like that. He also said that he now realizes that he needs help for his addiction.

With that, Pratt was sentenced to three years for the offense, but was instructed that he must enroll in the Drug Rehabilitation Program that the prison offers. The program is for 6 months and once Pratt enrolls and completes it, the 6 months will be deducted from his 3-year sentence.