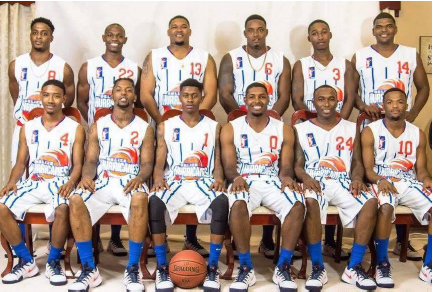 Hurricanes looks for consistency as they host Dangriga Dream Ballers

The Dream Ballers couldn’t have found a more inopportune time to visit the defending champion Hurricanes than tonight, when the teams meet at the SCA Auditorium.

The Hurricanes, despite their (1-2) record, are riding high following last week’s impressive win against the Western Ballaz from Cayo, who, ironically, defeated the Dream Ballers about 2 weeks ago. And, if that isn’t enough assurance for a successful showing tonight, then certainly, the fact that they have been dominant in their head-to-head match-up with the Dream Ballers, winning three of four meetings since the inception of the NEBL in 2014, certainly should provide the required impetus for a sure win.

Conversely, the Dream Ballers go into the game playing .500 ball with a (1-1) record, with their only win to date coming on the road against Belize City No Limit. Historically, they have not had much success on the road, having an all-time record of 9-13 since entering the league in 2014. The Dream Ballers offensively scores about 76.5 ppg, while allowing close to same. Obviously, they will need to slow down the pace and play to their strengths, which is controlling the defensive glass, which ultimately should limit second chance opportunities for the defending champs. Additionally, they are also anticipating that, with the loss of the offensive arsenal in Darwin Leslie and Farron Louriano, the Hurricanes’ offensive prowess may have been adversely impacted, given that these two former players perennially were Dream Ballers killers.

In the final analysis, both teams have undergone significant personnel changes. The visiting Dream Ballers no longer has Edgar Mitchell and James Ewing, who were huge for them all-time against the Hurricanes. Similarly, the Hurricanes are without Darwin Leslie and Farron Louriano, and essentially are relying on the young guns of Akeem Watters, Leroy Louriano and Andrew Ortiz, although this trio could only muster an average of 7.5 ppg against the Dream Ballers in last year’s two regular season meetings.