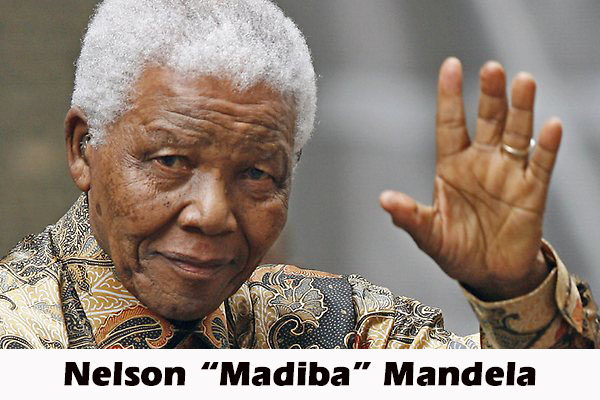 Tonight, the world is mourning the loss of a great hero and icon, former president of South Africa, Nelson Mandela. Mandela passed away sometime this evening due to complications from a recurring lung infection.

It is notable that Mandela spent a sizeable part of his life incarcerated in a South African prison, yet retained a mass appeal that few world leaders could ever hope to match. One of the world’s most recognizable fighters against inequality and oppression, he spent 27 years in prison for his active opposition to South Africa’s racist apartheid regime. He went on to become the country’s first black and democratic president in 1994, a position from which he voluntarily resigned after just one term in office.

The death of a man whose life had at many points been tumultuous, came rather quietly in his home in Johannesburg, South Africa, today at the age of 95.

Released from prison in 1990, he went on to play a pivotal role in heralding multi-racial democracy in his home country of South Africa. After his presidency, he did not immediately withdraw to the shadows, but instead became South Africa’s highest profile ambassador, campaigning against the spread of HIV/AIDS and assisting his country to secure the right to host the 2010 FIFA World Cup.

His reputation for unmatched integrity also saw him emerge as a towering moral arbitrator, brokering peace negotiations in the Democratic Republic of Congo and elsewhere.

In 2004 at the age of 85, he retired from public life to spend more time with his family and friends, thus his public appearances became rare.

Today, Kremandala’s chairman, Evan X Hyde, paid tribute to Mandela in a KREM TV News interview late this evening. He recalled finding out about Mandela’s fight while attending university in the United States, where he met a student from Malawi, a country in southeast Africa.

Hyde said, “Most young people in Africa, and also Jamaica, they were conscious about Mandela, but in Belize – no; we grew to love Nelson Mandela; he was such a combination of courage and Christian love, to have suffered like that; to have retained equanimity not to have …; I think he was a great man. So we in the conscious world – conscious black or Pan-African world, we celebrate the life of Nelson Mandela and we mourn his death. He was a man who seemed to have ascended the South African people, and indeed the world, and I’m expecting a funeral which will enhance his legacy and inspire a struggle for freedom, justice and equality all over Planet Earth.”

Mandela was born as Nelson Rolihlahla Mandela in Transkei, a small village in the eastern cape of South Africa on July 18, 1918. He was one of the world’s most revered statesmen and revolutionaries. He was often called by his clan name “Madiba.”

The anti-apartheid leader and Nobel laureate was a beloved figure around the world, a symbol of reconciliation from a country with a brutal history of racism.