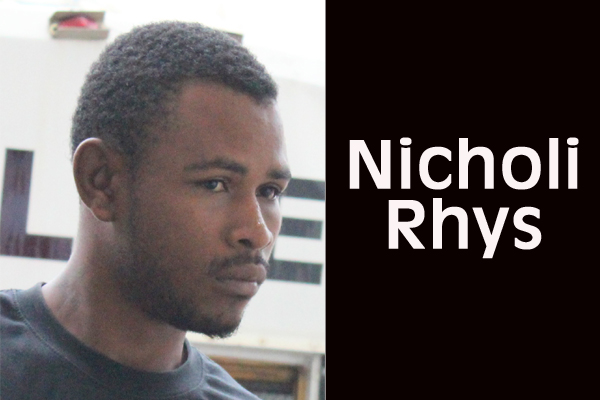 Rhys was found in possession of an I-phone valued at $1,200

Nicholi Rhys, 22, a resident of #63 Far West Street, was charged with handling stolen goods when he appeared before Magistrate Hettie Mae Stewart.

According to police, at 12:05 yesterday afternoon, Earl Perez, 20, a resident of Rancho Dolores, was in his vehicle with his two relatives when he parked on George Street. As he parked, a man approached the vehicle, pushed his hand through the window and grabbed Perez’s 16-gig I-phone from off his lap.

The man ran down the street and handed the phone over to another young man, and they both escaped.

Perez reported the matter to police, who quickly detained Rhys, after the I-phone, valued at $1,200, was found in his possession.

Rhys pleaded not guilty to the charge and was granted bail of $1,000 and one surety of the same amount, which he was able to meet before midday.

Rhys is scheduled to appear back in court for this charge on October 17, 2013.