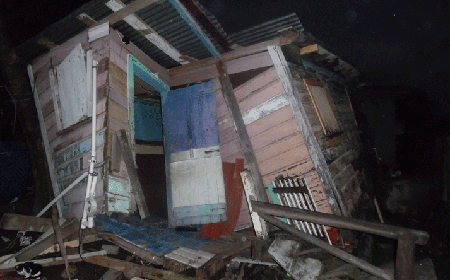 Brooks told Amandala that on Sunday afternoon at approximately 2:00 p.m. she was at home with her sister when it collapsed while both of them were inside.

Brooks said that she has lived in the house for over 10 years and she blames the recent flood which occurred in mid-October for the unfortunate incident; after the flood, she noticed that the posts that held up the house had shifted, she said.

Brooks said that her daughter, her niece and her nephew lived with her in the house. She added that the situation has been really difficult for the children. Since the incident her nephew had several attacks of epilepsy and her daughter had an attack of asthma, she mentioned.