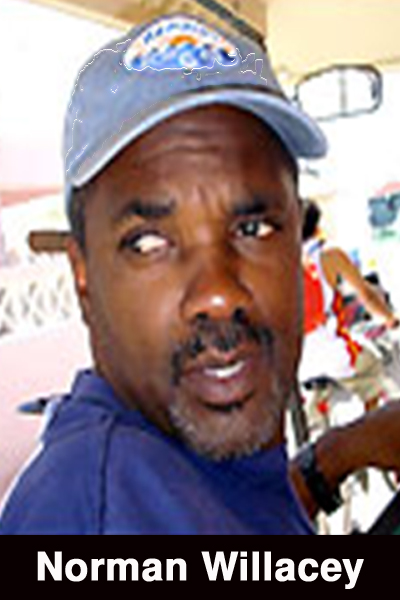 The weight of the sex scandal with student, 16, was apparently too much to bear

The Belmopan Baptist High School has been in turmoil because its principal, pastor and school counselor, Norman Willacey, 53, has been publicly revealed as having had an improper but not illegal relationship with a 16-year-old female student of the school.

Willacey himself had inadvertently sent a text message to a media house admitting that he had been “fooling around” with the female.

Tonight, however, it is not clear what, if any, punishment can be meted out to the errant principal/pastor/counselor, because he has reportedly resigned from his church, according to a credible, late report tonight.

The mother of the girl had gone public, accusing Willacey of having a very adult romantic relationship with her daughter while she was a student in his care. She said that she has proof of the sexually charged messages exchanged between Willacey and her daughter between March and July of this year.

The girl also told her mother that the principal had been writing her since last year 2011, and propositioning her. Among the many email messages he sent her was one in which he allegedly said that, “I always give you enough when you ask. I brought some honey to put on your b—— so I can kiss it off. Are you ready?”

Willacey allegedly replied, “I will kiss you all over … I am already boiling over, do you get wet after we kiss?”

The girl replied “Most of the time.”

The mother said that she took the email messages to the Ministry of Education and Child Services, who both promised to investigate the matter.

The sexually charged relationship between the student and her pastor, principal and school counselor, Norman Willacey, hit the public consciousness through the media on Friday night, and since then, the airwaves have been buzzing with public outrage over the matter.

The Belmopan Area Coalition of Churches yesterday, Wednesday, through a press release, expressed its “deep sadness, shock, and dismay at the recent events regarding the terrible moral failure and wrongdoing of Pastor Norman Willacey, one of our own … This sin is severe, inexcusable, scripturally and morally wrong, and we condemn the actions and wrong choices in the strongest manner possible.”
For her part, Mrs. Kim Simplis Barrow, Special Envoy for Women and Children, wrote the school board saying that “It has been very disturbing to read the media reports about the allegations of an improper sexual relationship between the principal of the Belmopan Baptist High School, Pastor Norman Willacey, and one of his 16-year-old female students.”
She appeals to the school board to “move swiftly to resolve this situation in the best interest of the children attending your institution.” “Pastor Willacey has publicly implicated himself, verifying in a text message that he was ‘fooling around’ with a student in his care. His confessed actions alone warrant his removal from his post,” Mrs. Simplis-Barrow further stated.

The Opposition, for its part, through Belize Rural Central area representative Dolores Balderamos-Garcia, spoke out in the House today against sexual predators who exploit children here in Belize, and also spoke out about allegations that have come to the fore against the Baptist preacher and principal, Norman Willacey.

She condemned the Baptist management “for taking too long to act on the Willacey case.”

Education Minister Patrick Faber was himself not silent on the matter. He said: “”I say without hesitation, we join with all those who have indicated that they believe that the Baptist management has indeed disappointed us in terms of the swiftness of how they are handling this situation.”

Faber said that we should ensure that “those who perpetrate abuses are labeled and marked in such a way that they can never again have the kind of position that would allow them to interact with youth in a way that will damage them … it is important for them to be marked so they cannot pop up at another institution.”

The Board of Management of the Belmopan Baptist High School met in an emergency session yesterday, Wednesday, August 22, to decide what actions would be taken against their principal and school counselor. The board decided to suspend Willacey pending a 15-day investigation.

Henry Baizar, President of the Baptist Association of Belize, told Amandala that they became aware of the situation around 6:00 p.m. on Friday, August 17, and since Saturday, they have been meeting to resolve the situation. They have met with Pastor Willacey, the mother of the girl, and the Board of Management of the Belmopan Baptist High School to address the situation and to chart a way forward.

Baizar said that there are complications because Willacey is also a teacher, and as a teacher there are procedures which must be followed, as stated by the Ministry of Education, before he can be terminated.

A group from the Ministry of Education held a meeting yesterday to address the situation, but they have not yet presented their findings, said Baizar, but from the church’s view, he has been suspended and he will not be able to conduct church services and other related services.

The girl’s mother told the media that she found out about the relationship after she came across e-mails that had been sent between the two in a back-and-forth exchange. She said that her daughter was at home erasing messages from the computer when it froze, and that was when she saw the messages the principal had sent her. The mother was also able to ascertain that Willacey had given the girl money on various occasions.

The mother said she had wanted to go to the police, but the girl is 16 years of age and can give consent to have sex with anybody she so chooses.

On his behalf, in a message that confirmed he had been “messing” with the female minor, Willacey said he had deleted his copies of the messages to her, and had repented, and had told her to do the same immediately. She didn’t, and that was what was revealed through the media. Willacey said that he was really sorry about all that took place, and that he really wanted to talk to the girl and her mother about it.

Norman Willacey is married and living with his wife and children, reportedly ranging in age from 15 to 21, in the Belmopan area.