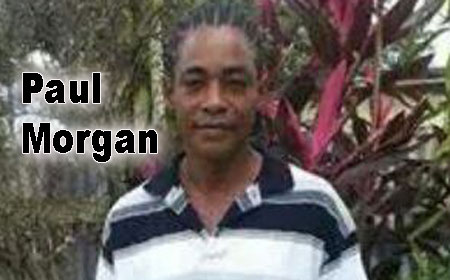 BELIZE CITY–The only weekend murder that was recorded in Belize City took place on Friday, September 12, at about 8:00 p.m. when a laborer of a Mahogany Heights address was gunned down as he sat with a female companion inside a vehicle at the corner of Tigris and King Streets on the Southside of the city.

Police said that Paul Rubio Morgan, 42, who resided in Mahogany Heights at Mile 31 on the George Price Highway, was sitting in the passenger side of a vehicle which was parked near the corner of Tigris and King Streets when he was approached by a lone gunman, who fired several shots at him.

While Morgan’s female friend was unhurt, he was shot in the neck and eye, and was later pronounced dead on arrival at the Karl Heusner Memorial Hospital.

Police Superintendent Hilberto Romero, Head of the Eastern Division Crimes Investigation Branch (CIB), told us today that so far, investigators have recorded several statements, but have not been able to establish a clear motive for Morgan’s execution.

Romero said that Morgan’s assailant, who is yet to be identified, is presently being sought by police. He explained that police are looking at various angles in relation to the crime, including the possibility of it being either gang-related, or some sort of a turf war over the selling of narcotics in the area.

According to Romero, initial investigations have revealed that while Morgan did not reside in the city, he was in the process of building a house on a property on King Street, and was apparently hanging out in front of the property inside the vehicle with his female friend when he was ambushed.

While his family declined comment, we were told that Morgan was a former street figure who had turned his life around. He may be more popularly known in Belize City as Paul Rubio. However, it must be noted that he and another man were allegedly busted with 48 pounds of suspected cannabis during a high speed chase in which their vehicle overturned in front of the San Ignacio Police Station four months ago, on May 5.

San Ignacio police, at the time, said that they signaled the driver to stop, but when the vehicle, a brown Mazda pickup truck, sped past their police mobile unit, they set chase behind it. The vehicle later overturned on Buena Vista Street in front of the police station.

Morgan and the driver, Roland Rivers, 32, of Belize City, were both later arraigned for drug trafficking, and that case is still pending before the courts.