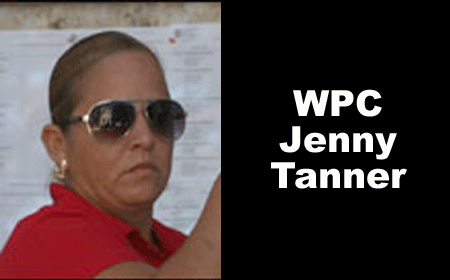 PUNTA GORDA, Toledo District, Mon. Aug. 14, 2017–On Friday, two police officers were dragged into the Punta Gorda Magistrate’s court, where they were arraigned on charges of extortion.

They both pleaded not guilty and were offered bail of $3,000 each, which they met.

According to a complaint sheet, on Tuesday, a principal from the Toledo District was driving in the town when she came to a checkpoint being regulated by Woman Police Constable (WPC) Jenny Tanner and Police Constable (PC) Arden Jones.

WPC Tanner informed the principal that the insurance on her vehicle had expired two days earlier, and indicated that she would be arrested and charged.

PC Jones took the principal to the Punta Gorda Police Station, where he allegedly informed her that she had committed a serious offense for which her car would be impounded and her driver’s license revoked.

However, instead of charging the principal, Jones indicated that the matter could be settled in another fashion. He reportedly asked her how much she was willing to pay and that was when the principal proposed $300.

Upon learning what transpired, ASP Cacho reportedly recovered the money from Jones.

In an interview today with ASP Cacho, he told Amandala that the four one hundred dollar bills recovered are being used as evidence against WPC Tanner and PC Jones.

Today the Officer Commanding the Police Professional and Standards Branch, Assistant Commissioner of Police (ACP) Chester Williams, told Amandala that the extortionist police officers have been served a notice of complaint.

He indicated that they were given five days to respond. According to him, tomorrow they will both face internal charges for prejudice to good order and discipline. PC Jones will additionally be charged for neglect of duty and soliciting a bribe.

The duo remains on interdiction pending the results of their trial.

Amandala archives reveal that this is the second time that WPC Tanner has been accused of extortion.

In 2012, she was charged for demanding a $100 bribe and two margaritas from a Canadian tourist busted for driving an overcrowded golf cart in Caye Caulker.

However, in October 2013 the charges were struck out, based on a technicality.