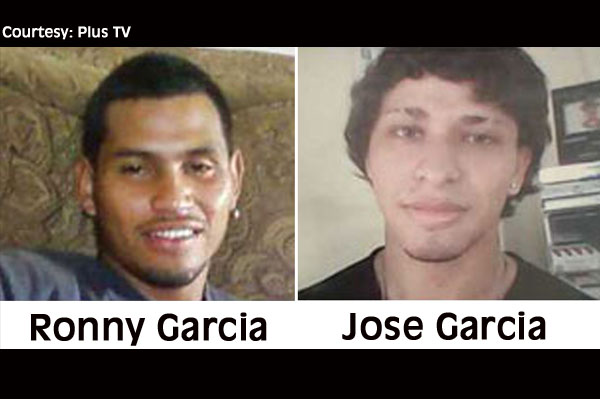 The brothers, 18 and 21, had just run out of a store they held up in San Ignacio

Police have shot dead two thieves who had just escaped after carrying out an armed robbery of a store at about 1:00 p.m. yesterday, Tuesday, at Rose’s Chinese Store on the Benque Viejo Road in San Ignacio.

When police confronted them, the thieves opened fire at police and police returned fire, killing the two of them almost immediately on the spot.

Police say that they were on patrol on the Benque Road when they were alerted about an armed robbery in progress at the Rose’s Store on the same road. They immediately responded, and on their arrival saw two men who were wearing masks on their face and one of whom had a shotgun, running out of the store.

Police said they shouted “stop” to the men, but the gunman instead fired a shotgun blast at them. Police immediately returned fire, hitting the men, who were taken to the San Ignacio Hospital, where they were pronounced dead on arrival.

Police said that the two thieves have been identified as brothers Ronnie Garcia, 21, a Belizean laborer of the corner of Dalia and Flamingo Streets, San Ignacio, and Jose Garcia, 18, a Belizean carpenter of 5th Street, San Ignacio Town.

Amandala was informed that the two men are of the same father, but different mothers.

The owner of Rose‘s Store told police that about 1:00 p.m. yesterday, Tuesday, he and his worker were in his establishment when a man entered the store. He was wearing a black stocking over his face and was armed with a sawed-off shotgun.

The gunman pointed the gun at him, and ordered him to lie down on the floor, and demanded money.

Fearing for his life, the store owner complied.

The robber then went to the worker and took away his cell phone and he, too, was made to lie down on the floor.

The masked man then called another man, who came into the store. He, also, was wearing a mask, a blue rag, on his face.

The owner told police that the second thief went straight to the cash drawer behind the counter and stole all the money that was in the drawer, about $350. He also stole two packs of Benson and Hedges cigarettes, a pack of Independence cigarettes, five packs of Milport cigarettes, twelve Phillies, a blue flip phone and a black Kyocera flip phone.

The two thieves then ran out of the store.

Police recovered all the items from the two thieves. Police said that the money stolen from the cash register, which was $342.85 in different denominations, was found inside a black knapsack of one of the thieves, and the other thief had a 16-gauge shotgun cartridge in the left rear pocket of his pants.

Beside this thief was a 16-gauge sawed-off shotgun, which had a cartridge in the chamber.

In an interview on Channel 5, Gladys Garcia, Ronnie Garcia’s mother, said that her son “was not a criminal,” but that he “was influenced by bad company.” She said that he lived by himself for two years, and she “doesn’t know” what happened to him on Tuesday, but “that wasn’t him.”