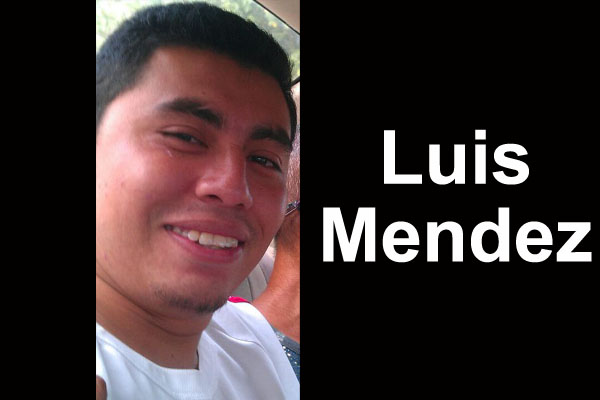 The body of well-known Belizean footballer, Luis Eduardo Mendez, arrived home in Benque Viejo del Carmen, Cayo, Thursday morning, and relatives are now preparing to lay him to rest after a tragic road accident in Guatemala claimed the life of the 22-year-old.

The Guatemalan press reported Tuesday that Luis Eduardo Mendez, 22, a Belizean footballer, had died when a bus that was traveling from Guatemala City to Quetzaltenango fell off into a ravine, injuring 14 passengers. The driver of the bus reportedly lost control after it was hit by another vehicle.

Mendez was due to return to Belize the same day the Guatemalan media reported the tragedy. He succumbed after the ADN autobus accident that also seriously injured six others. The incident is said to have occurred on the Inter-American Highway, in the jurisdiction of Nahualá, Sololá. Mendez was the only fatality.

The Belize Embassy in Guatemala informed us early Wednesday that Mendez had been kept in a Government morgue in the city of Solola, three hours away from Guatemala City. Family members from Benque traveled to Guatemala to identify the body and bring him back home.

His first cousin, Cesar Mendez, informed us that a wake is being held today, Thursday, and the funeral is scheduled for 3:00 p.m. tomorrow, Friday, at Mount Carmel Church, in Benque Viejo del Carmen.

Mendez had reportedly gone to Xelajú in Guatemala with the mother and grandmother of his fiancé, Christie, a Belizean of Benque, to visit Christie, who is currently studying there.

We understand that Pech and Mendez’s relatives returned home with the body this morning.

Cesar Mendez, who is saddened by the loss, noted that Luis Mendez had excelled in football ever since he was a young boy. The elder cousin said he also coached Mendez, and he has collected photographic mementos of his milestones, including the victory in the Bishop Martin Cup in 2002, as well as his ascension to the U-12, the U-15 and then the Belize selection, for the national team. Cesar Mendez said that football was his cousin’s life.

Mendez played with the Belize Defence Force team and had recently signed on to play with Hankook Verdes, his cousin told us.