When will primary and secondary school classes resume? 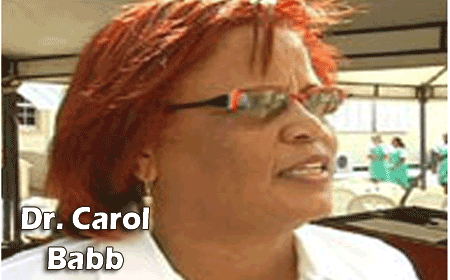 BELIZE CITY, Thurs. Dec. 15, 2016–As teachers and students prepare to depart their classrooms in light of the Christmas season, there is great uncertainty and even confusion as to when they are required to return to their classrooms.

On Monday, the Chief Education Officer in the Ministry of Education, Dr. Carol Babb, wrote the managing authorities of primary and secondary schools informing them that classes will resume on January 3.

“Please be reminded that classes begin on Tuesday, January 3, 2017 for schools. I look forward to your cooperation in ensuring that teachers, parents and students are aware of the date for the opening of schools in 2017,” her letter concluded.

In their release the BNTU encouraged its members and teachers to enjoy their full three weeks of Christmas vacation afforded to them through Education Rules and then return for school on January 9, 2017, which is the original date, for resumption of classes on the academic calendar.

This confusion can be traced to the historic eleven days of protest during which the BNTU protested for good governance.

However, when teachers returned to their classrooms, the Ministry had indicated to them that they would be required to make up time.

The Ministry proposed cutting the Christmas vacation by four days and then the Easter vacation by two days so that teachers would spend an additional six days in class making up for their absence.

The BNTU maintains its position that the Ministry of Education cannot dictate how teachers intend to make up time lost in protest.

“We believe that our school managers and not the ministry should plan alongside its teachers, and implement that make-up time. As repeated time and again by BNTU National President, Luke Palacio, our teachers have always made clear their willingness and intention to work with their managers to formulate those plans,” said the release.

However, school managers have sided with the Ministry and have asked that students and teachers return to classes on January 3, 2017.

According to a leaked letter written by Denise Lamb, she claims that school managers unanimously agreed to return to classes on the 3rd.

The letter revealed that the decision was made on November 2 in a meeting with the Ministry.

This was agreed upon during a meeting held with senior officials of the Ministry of Education on November 2.

According to the letter, the school managers believe that Dr. Babb has the authority under the Education Rules of 2012 to determine when teachers return to their classrooms during the Christmas and Easter holidays.